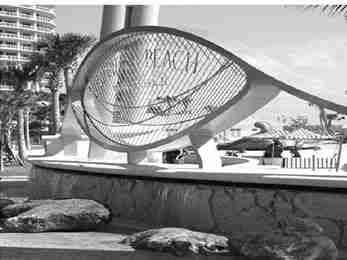 RIVIERA BEACH, Fla. – During the summer of 1922, 26 qualified voters decided in a 17 to 9 vote to incorporate the Town of Riviera in an effort to stop annexation by West Palm Beach.

Now, 95 years after that big moment, the little city by the sea is celebrating its anniversary and having an all-things-Riviera-Beach birthday party!

‘Happy Birthday, Riviera Beach!’ will be held from 3 p.m. to midnight on Saturday, September 30 at the Calloway Amphitheatre, named after one of the city’s historical figures, sports businessman Dan Calloway.

It is located behind the iconic Tate Recreation Center – also named for a figure from history, James Tate, the first black Riviera Beach resident to be killed in the Korean War – at 1420 W. 10 Street.

History is the biggest part of the party, said Marian Dozier, a member of the volunteer team which is coordinating the event with city officials and employees.

“This is really shaping up to be an awesome community event,” Dozier said, “because people really do just love this city and want to celebrate it.” Some party highlights include:

• Kids Zone, with old-school games and prizes;
• History Tent, which will spell out the city’s past;
• Singing of Happy Birthday with a cake for all and sparklers; and
• Recognition of certain residents and other stakeholders, including the oldest living resident and the longest-operating business.

Early admission is $10, while tickets at the door are $15. Kids under eight get in free and parking is $5. Food trucks and other food and merchandise vendors can still sign up. The city is also seeking sponsors and volunteers, who can receive community service hours.

‘Happy Birthday, Riviera Beach!’ is the first outdoor event of the bi-monthly series, ‘A Taste of Riviera Beach,’ which will be planned with a different theme each time. Caribbean Cool will take place in November: