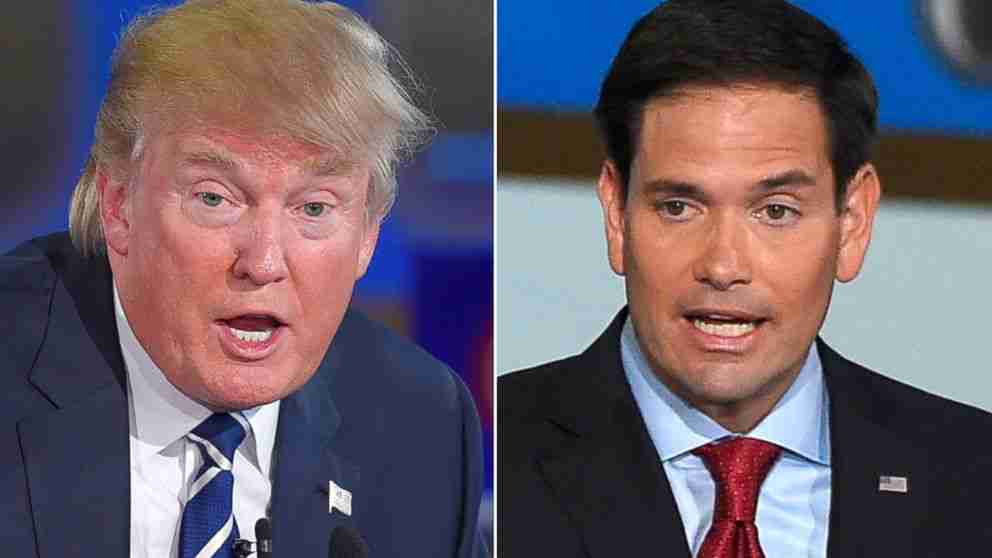 By SERGIO BUSTOS AND NICHOLAS RICCARDI
MIAMI – Republican presidential candidate Marco Rubio, who has been attacked by GOP rivals and others for using an American Express card issued by the Republican Party of Florida for some personal spending as a state lawmaker, released two more years of charge card statements Saturday to help quell the furor.

The statements, covering January 2005-October 2006, show Rubio spent almost $65,000 with the card, which was supposed to be used for party-related business. It included what his campaign acknowledged was more than $7,200 for eight personal expenditures. Rubio paid American Express directly for those personal charges, the campaign said in a statement.

Rubio, a former speaker of the Florida House, had the party-issued card from February 2005 to December 2008. His campaign said he spent a total of about $182,000, including more than $22,000 for 81 separate personal charges, during the nearly four years he carried the charge card.

“The Republican Party of Florida did not pay for any of Marco’s personal expenses. Further, taxpayer funds were not used for any political or personal charges on the card,” the campaign said Saturday in a statement.

Rubio, for example, charged more than $5,000 during his seven-night stay at the Venetian hotel in Las Vegas in August 2005. The campaign said he made the trip for political business and then extended it to visit family in Nevada. He paid $1,745 for his portion of the charges in the next billing cycle.

Rubio has long said he would occasionally pull out his party American Express card to pay for personal items by mistake. When he wanted new pavers outside his house in Miami, Rubio paid Iberia Tiles $3,756.24 on his party card. He paid the personal expense the following month to American Express, the campaign said Saturday.

Other personal expenses he charged on the state party-issued charge card included a total of $599.45 to a Honda dealership near his West Miami home in May 2006, and $180 to a children’s sports activity center in December 2005. The personal charges, again, were later paid to American Express, according to the campaign. On a trip to New York, Rubio charged $715 at the bargain clothes chain Syms, and later paid for it as a personal expense.

Rubio has dismissed the recent attacks as old news, though he has said he wishes he had never put any personal charges on the card.

“What I would do differently is that I just wouldn’t have done any personal things on it because I would have avoided all the confusion that it’s created in the minds of some,” Rubio told reporters in New Hampshire earlier this week.

“It was just an issue that was contorted by my political opponents in 2010,” he said. “It didn’t work then and it won’t work now.”

Questions over the personal charges first emerged in 2010 during his successful U.S. Senate campaign. At the time, two Florida newspapers obtained American Express statements from late 2006 to late 2008 documenting Rubio’s use of the charge card. He had charged items such as grocery bills, plane tickets for his wife and repairs to the family minivan to the card. His campaign has said those expenses were for party business, and that the state GOP paid them.

Rubio accused one of U.S. Senate opponents, then-Gov. Charlie Crist, with leaking the documents to the newspapers. He had not released the remaining American Express statements until Saturday.

As further evidence Rubio did nothing wrong or improper, the campaign pointed to a 2012 Florida Ethics Commission report that dismissed a complaint lodged against Rubio and an audit by the state party in 2010 that found his expenses were, in fact, party-related.

Rubio was among several state GOP lawmakers given access to American Express cards through the Republican Party of Florida, which offered a way for lawmakers to get around the state’s strict ban on accepting gifts that was put into law in 2006. The ban prevents lawmakers from taking gifts from lobbyists, but the state party doesn’t face the same restrictions. The Florida Republican Party was responsible for paying off the cards on a monthly basis.

Rubio’s personal finances have come under more scrutiny as he’s risen in the polls in a crowded GOP nomination fight.

His use of an American Express card is part of a litany of financial problems, from a bank moving to foreclose on a house he co-owned in Tallahassee to questionable accounting of political funds, that have dogged Rubio during his political career.

GOP rival Donald Trump this week criticized Rubio on his personal finances, tweeting on Friday: “Marco Rubio can’t even handle his own credit card how is he going to be able to handle the U.S. finances.”

Rubio has punched back at Trump, telling reporters: “I find it ironic that the only person running for president that’s ever declared a bankruptcy four times in the last 25 years is attacking anyone on finances.”

Next post US homicide spike draws alarm from Obama