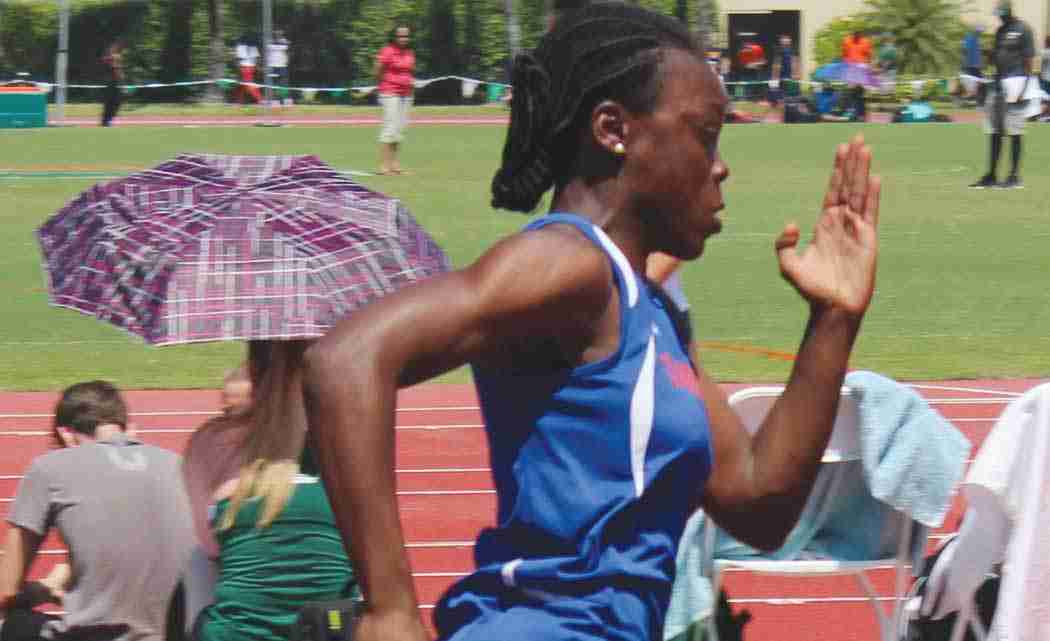 The Florida Memorial University Track and Field Team had a strong showing at the Hurricane Invitational held Saturday at Cobb Stadium on the campus of University of Miami in Coral Gables, Florida.

Brittany Starling ran an impressive performance in the 100m dash in a season-best time of 12.22 seconds, which was a 10th of a second off the ”B” standard time for the NAIA Outdoor National Championship. Also performing well for the Lions was Maya Carr in the 100m in 12.55 and Shakirah Shabazz improve her time with a 12:82, Brittany Starling  ran 25.28 in the 200M which was a season best for her, while Maya Carr ran a time of 26.06. In the Women’s Shot Put Eunique Byrd placed 11th  in a  throw of 33-03 and had a throw of 96-02 in the Women’s Discus.

On the Men’s side, Samuel Dorismond, won the Men’s High Jump with a leap of 6-08, which also was an ”A” standard height for the NAIA Outdoor National Championship. Also performing well for the Lions was James Cochran, who achieved a season’s best in the 400m Hurdles in a time of 58.05 seconds and Rashard Jones ran a season best  time of 102.57 seconds. In the Men’s Triple Jump Willi Anstral  placed second with a leap of 45-10.50 and came back later to place 9th in the Men’s Long Jump with a leap of 21-02.

Florida Memorial University Track and Field returns to action on March 27-28, 2015, when they travel to Orlando, Florida to take part in the UCF Invitational.