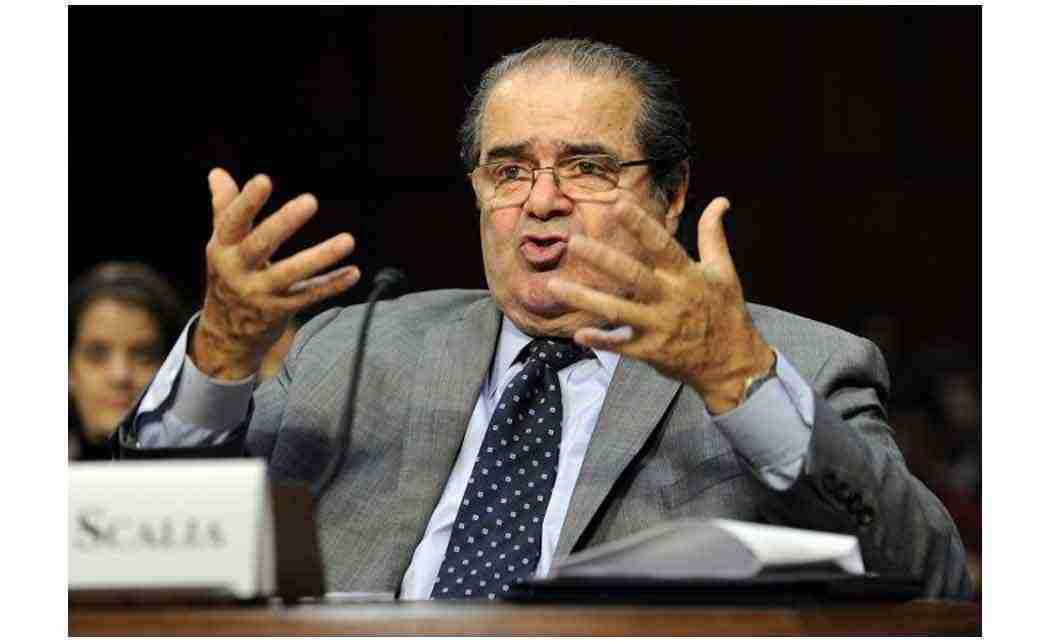 WASHINGTON — Supreme Court Justice Antonin Scalia, famous for his blustery rhetoric from the bench and beyond, finds himself in controversy again after suggesting that some black students might belong at “slower-track” universities.

His remarks last week during court arguments over an affirmative action program at the University of Texas have drawn rebukes from civil rights leaders, top Democrats and even the White House. And they returned a familiar spotlight to the feisty justice who doesn’t shy away from calling it as he sees it on issues like race and gay marriage.

Scalia has a long history of making remarks in blunt terms without seeming to care about offending those in his sights, reflecting the sensibilities of a staunch conservative born in the 1930s who came of age as the civil rights movement was beginning.

Senate Democratic leader Harry Reid denounced Scalia on Thursday for uttering what he called “racist ideas” from the bench.

“The idea that African-American students are somehow inherently intellectually inferior from other students is despicable,” Reid said on the Senate floor. “It’s a throwback … to a time that America left behind a half a century ago.”

White House spokesman Josh Earnest said the comments stand in “quite stark contrast” to the priorities and values President Barack Obama has advocated through his career. Civil rights activist Al Sharpton, who attended the arguments, said he didn’t know “if I was in the courtroom at the United States Supreme Court or at a Donald Trump rally.”