Sherdavia Jenkins would have been 21-years old 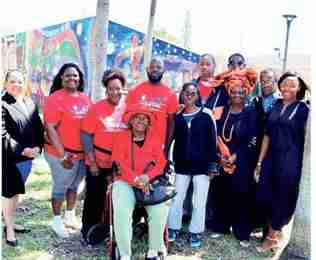 The family of Sherdavia Jenkins is joined by members of the community to commemorate what would have been her 21st birthday.

MIAMI – On what would have been Sherdavia Jenkins’ 21st birthday, a community remembrance was held at the park that bears her name. March 22 brought together Jenkins’ family and community members at the Sherdavia Jenkins Peace Park on Dr. Martin Luther King Jr. Boulevard (NW 62nd Street) at NW 12th Avenue in Miami’s historic Liberty City district.

Jenkins was shot and killed outside her home by a stray bullet on July 1, 2006. The annual ceremony serves as a rallying point to renew the community’s resolve to prevent future tragedies by addressing the causes as well as the effects of senseless gun violence.

This year’s birthday remembrance of Sherdavia not only marks the day she would have reached adulthood but also the 50th anniversary of the assassinations of Dr. King (April 4, 1968) and Sen. Robert Kennedy (June 5), who had become an ally of the movement for social and economic justice, symbolized by the launch of the Poor People’s Campaign in Washington D.C. during that time period.

2018 also marks the bicentennial of the birth of Frederick Douglass and serves as a time to reflect on the longtime struggle for justice and the everyday courage, sometimes extraordinary, of those who endured the injustices of slavery and found ways to stand and resist.

Sherdavia Jenkins Peace Park occupies a special place in Liberty City and in local history because it is located across the street from the historic Liberty Square housing complex, one of the first African-American planned communities in the U.S., built in the 1930s. The park is located at the intersection along the Dr. Martin Luther King Boulevard route where a wall of segregation once physically separated this community from the white community.