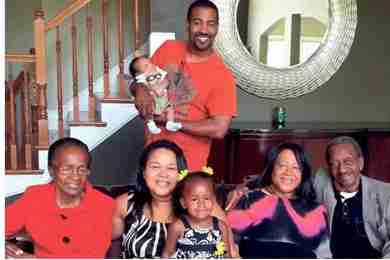 Sonny Wright, 81, was born in Swainsboro, Georgia on January 22, 1935 to parents Bessie Burley and Lindzey Wright. His family later migrated to Brooklyn, New York when he was a young child. While growing up in Brooklyn, Sonny showed great promise and leadership skills at an early age. He was elected to serve as Cooper Junior High School’s student government president and upon graduation went on to attend the local high school.

Although he only had one course to complete, Sonny decided to leave and pursue a career with the United States Postal Service. While working there for some time, he became very intrigued with the idea of traveling to Havana, Cuba to explore the Afro-Cuban culture. In the 1950’s, he left his coveted postal position in New York and traveled to Florida with a focus on Cuba.

After returning back to Florida with no job, no money and no plan, he decided to settle in Miami, and began working odd jobs in the Overtown community to make ends meet. It was during this time he became conscious of the disparity in Miami’s African American community and wanted to start a black- owned business as a means of infusing money into the black community.

He eventually made enough money to start Sonny’s Sportsman Luncheonette in Overtown and employed neighborhood kids to work the crowds on Sundays. One of his most notable hires was a waitress – Veronise
J. Strong – who was a recent graduate of Tuskegee University’s School of Nursing. She later became his wife and partner for more than 50 years.

In the early 1960’s Sonny transitioned out of the restaurant business after an encounter with a local real estate broker. It was then that he was encouraged to acquire his real estate license and went on to complete the Cecilia Brooks School of Real Estate course in Miami Beach.

As a newly licensed sales associate, he began working for real estate brokers Howard Reigler and Judson Owens at their office on 4600 NW 7 Avenue. In 1965, he purchased the business from them and the building from Attorney Kaufman and went on to establish Universal Real Estate, Inc. This business was a welcomed addition to a then transitioning community and thrived with as many as 28 licensed sales people.

In the 1970’s, Universal was featured in Black Enterprise Magazine as being 30th out of 100 top black-owned businesses in the United States grossing more than 5.9 million in annual sales. Universal Real Estate, Inc. served the Liberty City Community for more than 50 years.

To further expand his vision, Sonny established a myriad of related companies to service all aspects of a real estate transaction, which he named after his children. These businesses included Fort Lauderdale

Investors, which he used to acquire more than 640 acres of land near Disney in Orlando, Florida. The land was subdivided and sold in parcels to investors throughout the United States and as far as Hong Kong.

John David Development, Corporation – named after his son – was used to build 24 homes in Opa-Locka as part of an affordable housing initiative. Adrian Loan, Inc. – named after his daughter – was a financing vehicle to assist first time home buyers with down payment assistance.

Sonny also served on many boards as a means of opening doors for future economic growth in Miami’s underserved communities. His service included, but was not limited to, participation as a board member of the Urban League of Greater Miami, Mt. Calvary Baptist Church, NAACP, Miami Board of Realtors (first black member), National Association of Real Estate Brokers, Miami Sports Authority, Jackson Memorial Hospital, Family Health Center and African Trade Development Center. He also served as Chairman of the Florida Real Estate Commission, Trustee Emeritus for Florida Int’l University and Founding Chairman for the Foundation for Democracy in Africa.

In 1983, at the height of his career, Sonny became the Founder, Chairman and CEO of People’s Bankshares, Inc., which purchased controlling interest in People’s National Bank of Commerce and became Florida’s first black-owned bank.

Sonny was also the former owner of the historic Carver Hotel in Overtown and the first African American to purchase a home on LaGorce Island in Miami Beach – now owned by Rap Artist Little Wayne.

Although Sonny was a well accomplished businessman, he was best known by his friends and family as being a visionary, community activist and family man. He was an ordinary man, who accomplished extraordinary things.

After a courageous battle with cancer, Sonny, passed December 12 at Doctor’s Community Hospital in Lanham, Maryland. He will undoubtedly be missed by family, friends and colleagues. His siblings Ada Mae Paschal and Boisey Shoemake preceded him.