Spady Museum to receive $10,000 to bring renowned entertainers to festival 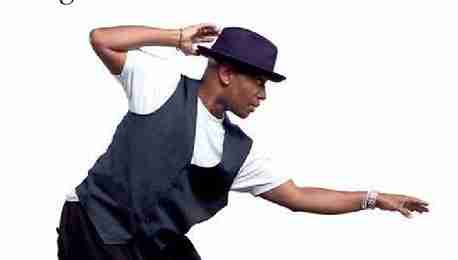 DELRAY BEACH, Fla. – National Endowment for the Arts (NEA) Chairman Jane Chu has approved more than $30 million in grants as part of the organization’s first major funding announcement for the 2017 fiscal year.

Among those grant recipients is South Florida’s own Spady Cultural Heritage Museum, which received a Challenge America grant of $10,000 to underwrite its 2017 Spady Living Heritage Festival.

The Challenge America category supports primarily small and mid-sized organizations for projects that extend the reach of the arts to underserved populations – those whose opportunities to experience the arts are limited by geography, ethnicity, economics or disability.

“The arts are for all of us, and by supporting organizations such as The Spady Museum, the National Endowment for the Arts is providing more opportunities for the public to engage with the arts,” said Chu. “Whether in a theater, a town square, a museum or a hospital, the arts are everywhere and make our lives richer.”

For the second time, the award will enable The Spady Museum to bring acclaimed entertainment to the Spady Living Heritage Festival.

The free festival is a celebration of culture, music, art and traditions that will take place on the Spady Museum campus in The Set of Delray Beach. For 2017, the annual festival will feature musicians Phil Wiggins, Rick Franklin, Marcus Moore and dance artist, Junious Brickhouse. The artists will be performing their collaboration called, “House Party.”

Phil Wiggins is a champion of the Piedmont Blues Style. The acoustic harp player has spent much of his career playing with guitarist John Cephas. After Cephas’ death, Wiggins performed with Corey Harris, Nat Reese, and The Chesapeake Sheiks. During the early years, Wiggins was playing with and learning from notable acoustic blues musicians, such as Flora Molten, Mother Ester Mae Scott, Wilber “Chief” Ellis, John Jackson and Archie Edwards.

He performed with Flora Molten at the Smithsonian Folklife Festival in Washington, D.C. every summer from 1972-1976. In 1976, he joined Chief Ellis and the Barrelhouse Rockers. After Chief’s passing, Wiggins and Cephas performed together for more than 30 years, becoming the premier Piedmont blues duo. Cephas and Wiggins took their music all over the world to venues such as Carnegie Hall, Sydney Opera House, Royal Albert Hall and the White House.

Junious Brickhouse is an internationally established dancer, choreographer, community leader and cultural preservationist. As founder and executive director of Urban

Artistry, Brickhouse has inspired and created a movement of artists dedicated to the authentic preservation of urban dance culture and community. Urban Artistry members serve as cultural ambassadors who affirm the relevance of communities that are often unsung and underserved.

Throughout his more than 20-year career as a builder, visionary and mentor, Brickhouse has proven himself to be a respected community leader and subject matter expert in Washington D.C. and abroad. He has created a healthy community of cultural ambassadors of urban dance in Urban Artistry. He is fully committed to ensuring that the growth and greater mainstream interest in urban dance culture and American Vernacular Dance and Urban Art traditions is spread with integrity, purpose and a global perspective.

“This is the kind of opportunity we love, to bring new and exciting acts to Delray Beach,” said Charlene Farrington, director of The Spady Museum. “For a second year, with this funding, we are so excited to offer the renowned musical talents of another set of national acts.”

The Spady Living Heritage Festival will be held from 1-5 p.m. on Feb. 18, 2017. The event will offer music, food, demonstrations, games and more fun. Live national performances will fill the afternoon. The community is invited to bring the kids and grandparents. The festival is a free family affair held during Black History Month dedicated to the history of African, Caribbean and Haitian people.

To join the Twitter conversation about this announcement, please use #NEAFall16. For more information on projects included in the NEA grant announcement, go to arts.gov.

Next post Accident survivor helps others and honors brother's memory