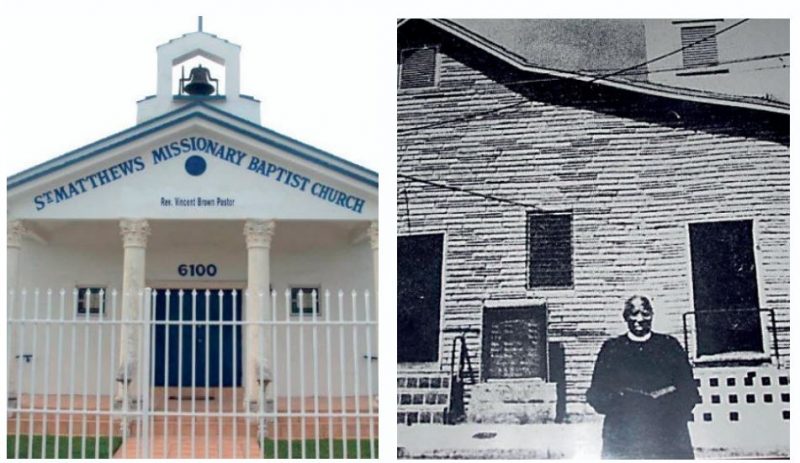 MIAMI, Fla. – Whether feeding the hungry, worshipping on Sunday mornings, or providing affordable housing, St. Matthews Missionary Baptist Church has been a beacon of faith and service within the Miami community for 100 years.

The church founded in Overtown by Bahamian pastors and settlers is inviting the South Florida community to join in celebrating a century of worship, service and community.

St. Matthews will commemorate its centennial anniversary with a community worship service, a historical tribute and a celebration banquet set for Sunday, Sept. 12.

The worship service will begin at 10 a.m. at the church, 6100 NW 24 Ave. in= Miami. Themed “Beyond the Centennial,” the celebration banquet will commence at 3 p.m. at the Embassy Suites Hotel Miami Airport, 3974 NW South River Dr. in Miami.

PROUD HERITAGE “Words cannot express how proud we are of the great heritage and legacy left behind by our Founders and ﬁrst ministry supporters who built a solid foundation for our generation to stand on.” said the Rev. Vincent Brown, pastor/teacher of St. Matthews.

“From 1921 to 2021, we are keeping the faith and setting our eyes toward higher heights of achievement and excellence,” he added, “while never forgetting from which we have come. Our vision is clear and we have an exciting future ahead of us.”

St. Matthews was established on Sept. 11, 1921, when the Rev. Nathaniel Francis Clark welcomed its ﬁrst parishioners into a modest storefront on Overtown’s 11th Terrace and Second Avenue.

The church eventually transformed a wooden structure on NW 17th Street into its new ministerial home. The ediﬁce served the Overtown community for more than 45 years.

Under Clark’s leadership, the church marched into its current sanctuary in Miami’s Liberty City community in June 1969. Clark retired later that year.

After a nearly two-year interim pastorate, the church installed the Rev. Dr. Philip Clarke as its second pastor on Oct. 8, 1972. Clarke led the flock for four decades until his passing in 2011.

In April 2012 Brown was elected as the church’s third pastor, with the promise of vision and leadership needed to positively impact the community for future generations to come.

ACTIVE MINISTRIES The celebration marks a century of faith, family and service. Since its founding, St. Matthews has extended its ministry beyond the four walls of the church. The church family serves its community through spiritual enrichment, affordable housing and dozens of active ministries to equip the saints for ministry and support the greater community.