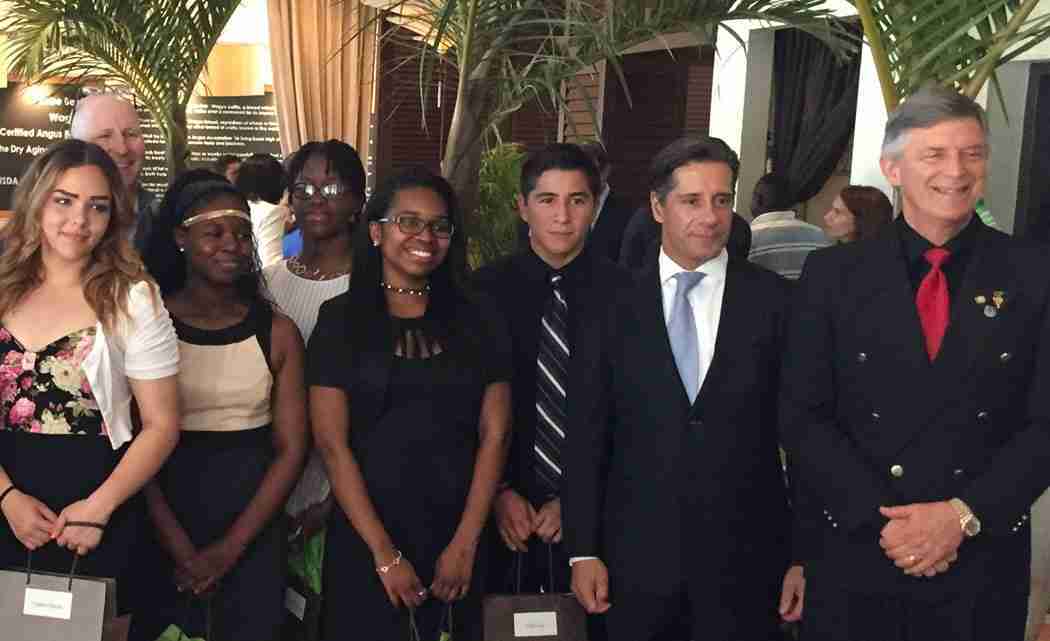 The essay contest is baThe essay contest is based on a national college level contest that encourages students to apply Nobel Peace Prize winner Elie Wiesel’s call to action to “think higher, and feel deeper” about ethical issues facing our society. Ten students received scholarship awards ranging from $50 to $3,000. 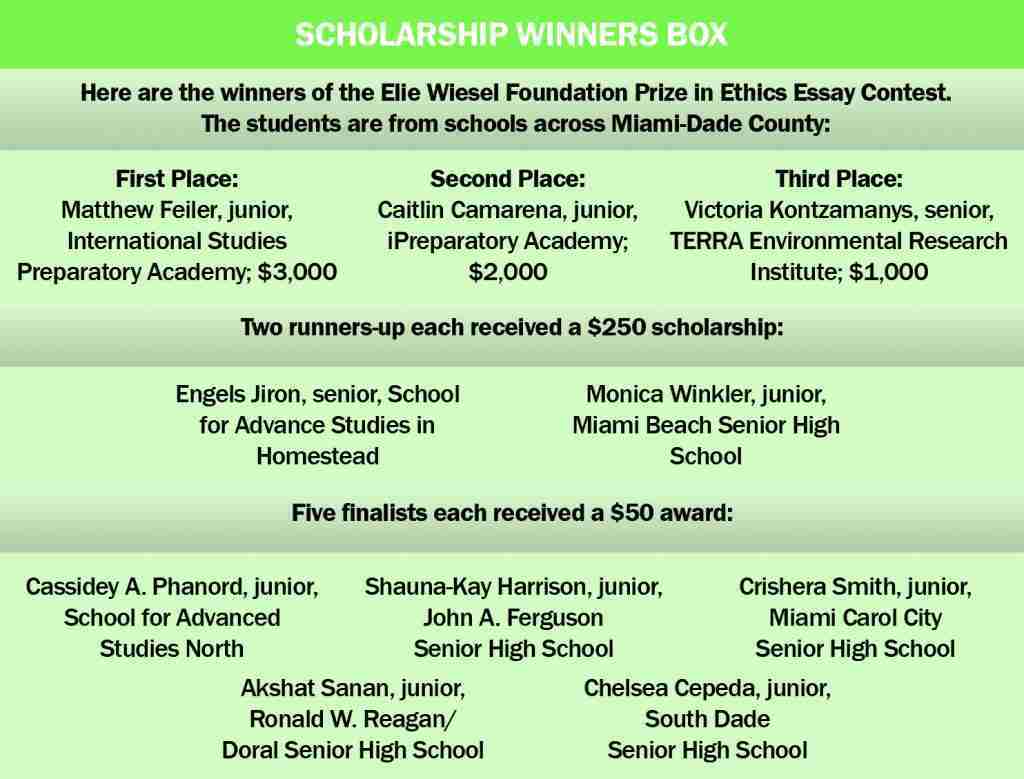 The Youth Fair is a proud partner in collaboration with Miami-Dade County Public Schools, The Betsy-South Beach, the Elie Wiesel Foundation for Humanity and LRN in recognizing these outstanding students. This essay contest provides our young people an avenue to contemplate the meaning of what is right to do, because our ethics and values as a people truly are the heart and the soul of who we are and guide where we are headed in the future,” said Robert Hohenstein, president and CEO of The Youth Fair.

Wiesel himself selected the 10 finalists and sent a personal message in a video shown at the award ceremony at The Betsy-South Beach.

Eliezer “Elie” Wiesel, for whom the contest is named, is a Romanian-born Jewish-American professor and political activist. He is the author of more than 60 books, including Night,a work based on his experiences as a prisoner in the Auschwitz, Buna, and Buchenwald concentration camps. Wiesel won the Nobel Peace Prize in 1986.

The Youth Fair is a not-for-profit, private organization that awards more than $300,000 annually in college scholarships, cash premiums and awards to local public, private, charter and home school students. To date, The Youth Fair has
awarded well above $10
million to Miami-Dade students to help them achieve higher education.