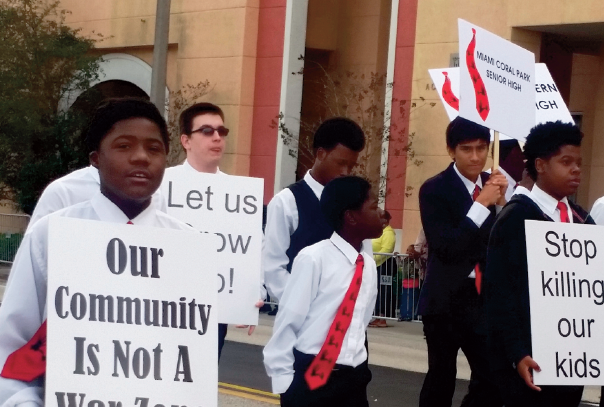 Miami—Over 200 participants from Congresswoman Frederica Wilson’s 5000 Role Models of Excellence Project led the 39th Annual Martin Luther King Jr. Parade on Jan. 18, and called on the community to “Stop The Violence” that is destroying families and communities. Representing 10 Miami-Dade County Public Schools, the Role Models carried signs calling for an end to the gun violence that has claimed the lives of numerous South Florida students.