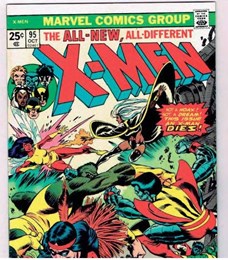 Included in the announcement is an Art Works grant of $20,000 to The Spady Cultural Heritage Museum for the creation and exhibition of “eroica: black, brown, red and yellow comic book narratives.”

Eroica, which also means “heroic,” is an introductory project organized by curator and artist Khaluah Nuruddin and artist William Cordova that focuses on the origins and representations of super heroes of color in different comic book publications since their origins in the late 1930s.

Art Works is the Arts Endowment’s principal grantmaking program. The agency received 1,592 applications for this round of grantmaking, and will award 977 grants in the category.

“These awards, reaching every corner of the United States, are a testament to the artistic richness and diversity in our country,” Carter said. “Organizations, such as The Spady Cultural Heritage Museum, are giving people in their community the opportunity to learn, create, and be inspired.”

Museum Director Charlene Farrington credits the National Endowment for the Arts for its dedication in supporting the arts at all levels and for recognizing the necessity for a diverse mix of endeavors, across all spectrums and from various perspectives.

“‘eroica’ will be an opportunity to engage people in conversations and reflections that deal with pop culture, iconic imagery, cultural representation, civil rights, modernism and history – all through the depiction of heroism in comic books,” Farrington said.

“With the popularity of Marvel and DC comic book characters, now is a fantastic time to unpack the legacy and influence of cultural characters and what they meant to us then versus now, not to mention the artistry of the comic book drawings themselves.”

“eroica: black, brown red and yellow comic book narratives” endeavors to lift the veil of the comic book industry to engage viewers and readers alike in exploring the artists and writers, who hid their identity, and the littleknown super heroes of color, who are not always embraced by mainstream comic book revelers.

The exhibit includes examples of early comics that reveal the origins of super heroes of color, like Voodha, the first black hero to appear in comic books – Crown Comics # 3 (1945).

Voodha was created by artist Matt Baker, who was also one of the first and most successful black comic book artists in the industry’s Golden Age period.

The exhibit will also re-introduce Lobo (1965), a western style black hero, created by Dell Comics, whose presence during the Civil Rights period caused the publisher to cease its title after only two issues. The show and its corresponding events will open and begin in October 2019.

For other information visit arts.gov/news, or spadymuseum.com.