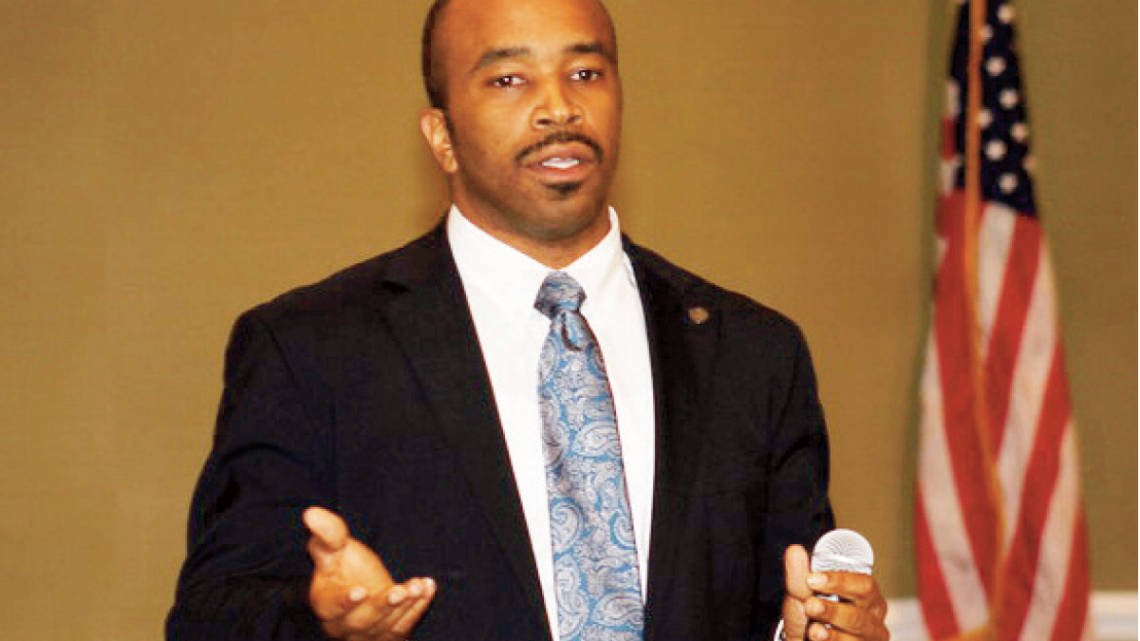 WEST PALM BEACH, Fla. – One of the most controversial issues facing the Florida Legislature this year is the open carry gun law, which is something State Representative Bobby Powell of District 88, opposes because he believes it’s a danger to all citizens. Powell talked about the controversial piece of legislation during a town hall meeting he sponsored last week, in advance of this week’s opening session of the legislature. During the town hall meeting, with about 75 in attendance, Powell discussed the gun legislation, body cameras, education and other topics that he expects to be hot-button issues as the 60-day session got underway Tuesday.

The open carry gun bill, sponsored by State Senator Don Gaetz, R-Niceville, and his son, state Rep. Matt Gaetz, R-Fort Walton Beach, would allow Floridians with concealed weapon permits to carry their weapons in the open anywhere on their person. “This piece of legislation is dangerous,” said Powell. “I’m opposed to it because situations where someone is openly carrying a gun could cause confusion with police,” he said. “This is very dangerous.”

During Powell’s town hall meeting, the subject tipped off a discussion of how blacks would be affected by the bill. Some people felt the open carry legislation was just “another trap” to put more blacks behind bars. Others felt it would open up the door to more police brutality and racial profiling against blacks.

Another controversial issue discussed at the town hall meeting was body cameras. The issue became a hot issue in Florida, after the untimely killing of African American drummer Corey Jones in Palm Beach Gardens back in October. The case made national headlines. Powell said as a result of the shooting death of Jones, he has co-sponsored the Law Enforcement Body Cameras bill. When Jones was shot and killed by Palm Beach Gardens plainclothes officer Nouman Raja, there were no cameras to capture the controversial accounts of the late night altercation, which ensued while Jones sat waiting on a tow truck inside of his broken down car. Ironically, on last Thursday, the Palm Beach Gardens city council voted to approve body cameras for its police force in the wake of the Corey Jones shooting. The council voted 5-0 to spend over $260,000 to buy body-worn cameras for their officers. A pilot program will begin this winter, but the full body camera program will be implemented in July or August.

Powell briefly ran through other pieces of his legislation at the town hall meeting, which includes a very high profile issue called “Ban the Box.” On most job applications, there’s a box which applicants must check, which asks the question: Have you ever been convicted of a crime? There’s a nationwide movement seeking to do away with that question, citing it doesn’t give everyone a fair chance at getting to the interview stage when seeking employment. Most applications are tossed if the applicant checks “yes” to the question. President Barack Obama’s My Brother’s Keeper Initiative gave “Ban the Box” a huge boost when it endorsed the movement. Powell is hoping to make Florida a “Ban the Box” state.

West Palm Beach City Commissioner Cory Neering, spoke about education at the town hall, and said it still needs to be a priority. “As it relates to men of color, a quality education –early childhood education needs to be a priority,” he told the group. Powell said the Legislature will take up the issue of high stakes testing. “We’re changing the way students test,” he added.

Next post Black Americans made big strides in the job market, 2015