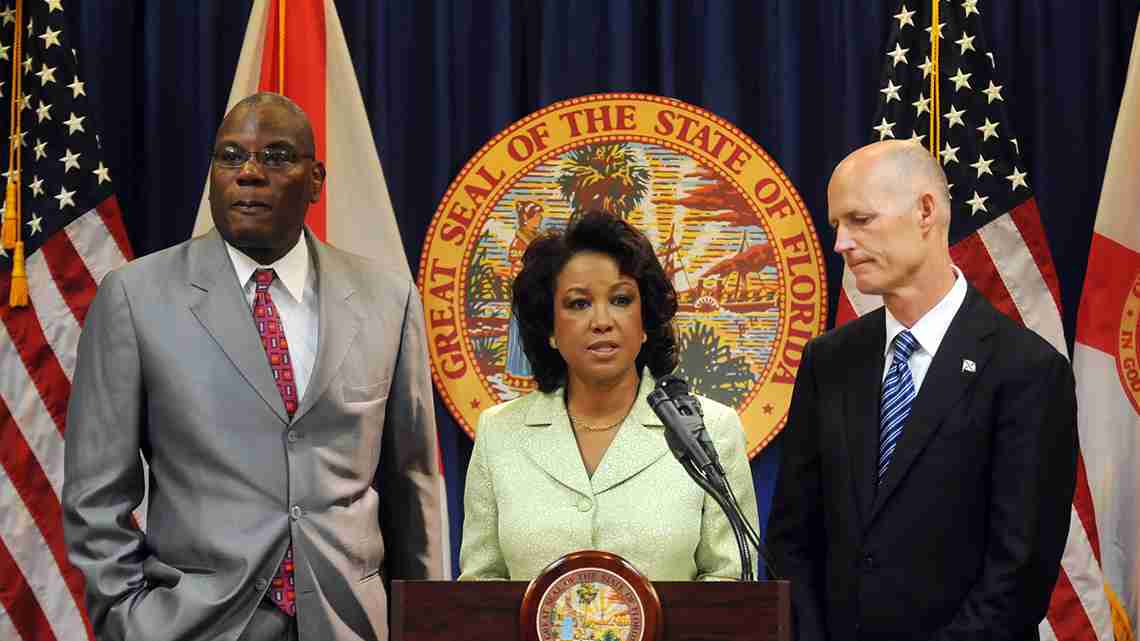 MIAMI — Florida’s controversial “stand your ground” law which became nationally infamous after the fatal shooting of Miami Gardens teenager Trayvon Martin on Feb. 26, 2012, in Sanford is expected to be put under the microscope when a task force assembled by the nation’s top legal group meets in Miami today.


The American Bar Association National Task Force on Stand Your Ground Laws will hold the Southeast Region public hearing during the final leg of a five-city
national tour that started in February.
Some 25 jurisdictions ha- ve  laws which eliminate the
requirement to retreat and, instead, allow a person who feels threatened to “stand your ground.”
Florida’s Citizens Safety and Protection Act, as the law is named in the state, was cited by then Crime Watch captain George Zimmerman as his defense for shooting Trayvon during an encounter in a gated community where the teenager was visiting his father.
Police initially declined to prosecute Zimmerman but, following a national outcry, second-degree murder charges were filed against him. Although Zimmerman did not specifically use the “stand your ground” law as his defense in his trial, a jury which acquitted him on July 13 believed he was justified in killing the unarmed boy.
The American Bar Association’s Coalition on Racial and Ethnic Justice set up the task force to hold public hearings in different regions of the country. The aim is to research and study the laws, focusing on areas such as their impact on public safety, as a whole, and on minorities and others such as battered women, as well as their impact on law enforcement and policing.
Leigh-Ann A. Buchanan, co-chairwoman of the task force and president-elect of the Wilkie D. Ferguson Jr. Bar Association in Miami, is enthusiastic about the work done so far at each of the group’s stops and the attention it has garnered.
Buchanan said the open nature of the hearings provides an opportunity for the community to learn about the laws and offer their own individual perspectives.
The task force is “primarily concerned with analyzing the expansion of the protections afforded as to the use of deadly force in self-defense in the public areas” – how measures derisively referred to in the 1980s as “Make My Day” laws have expanded the so-called Castle Doctrine.


The Castle Doctrine has long held that a person need not retreat when faced with a potentially violent encounter within his or her home or “castle.” Experts worry that the laws essentially stretch to expressly expand too far the reach of the doctrine to include public spaces such as sidewalks and parks.The issue of race also features prominently in discussions on the laws.


John Roman, executive director of the District of Columbia Crime Policy Institute, who has worked with the task force “to help lead the data analysis,” examined FBI data on every homicide in the country from 2005 to 2010, totaling more than 70,000.


Following the outcry over Trayvon’s death, Gov. Rick Scott appointed a Citizen Safety and Protection Task Force to examine whether the law in Florida should be scrapped or amended. The group headed by then Lt. Gov. Jennifer Carroll reported last Feb. 13 that the law should remain as is.


Florida House Speaker Will Weatherford announced in early August that he had appointed Rep. Matt Gaetz, R-Fort Walton Beach, to chair a special legislative session on the law. That seemed to be an immediate non-starter, with Gaetz, one of the strongest advocates of the measure, immediately commenting to the Tampa Bay Times, “I don’t support changing one damn comma of the ‘stand your ground’ law.”


Ongoing hearings across the state, including a series hosted by the Miami-Dade Community Relations Board, have made little headway in forcing the repeal or modification of the law.


Critics and supporters alike will have an opportunity to air their views when the ABA team convenes a panel during its stop in Miami.


The task force’s findings are due to be released in early 2014, with the final written report expected by spring.