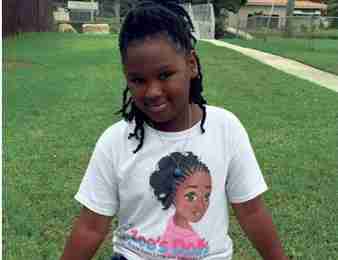 MIAMI – Zoe Terry, a 10-year-old native of Miami, is one of only 10 youth nationally that will be honored as a Hasbro Community Action Hero in February during the National Toy Fair in New York City. Terry will receive a $1,000 educational scholarship and a $500 grant towards her organization, Zoe’s Dolls, to help her continue and further her mission.

For the past five years, Terry has given out over 5,000 dolls of color to little girls in the South Florida area, Georgia, Mississippi, Texas, Haiti and Zambia through her company Zoe’s Dolls, which she started when she was just five years old. Her philanthropic work is now garnering national attention and she was selected from hundreds of applicants across the nation.

The award is a program of Hasbro, a global play and entertainment company, and generation On, the youth division of Points of Light, the largest organization in the world dedicated to volunteer service. The award recognizes young volunteers whose service achievements have demonstrated the qualities of a hero – kindness, courage and leadership – to serve their communities.

The youth selected, ages five to 17, are taking action to help address important social issues through volunteerism. Terry’s initiative is to promote positive self-image among girls of color and to empower them through her many programs such as Girlpreneur, The Girl Fit Experience, Loving the Skin I’m In Creative Expressions Contest, The Zoe’s Dolls Girl Ambassador Program and Love Letters to Black Girls.

“I was so excited when I won. I could not believe that they chose me,” said Terry. “I’m so excited to go to New York. I’m excited to meet the other Hasbro Hero winners. I’m just excited!”