The creation of black genius 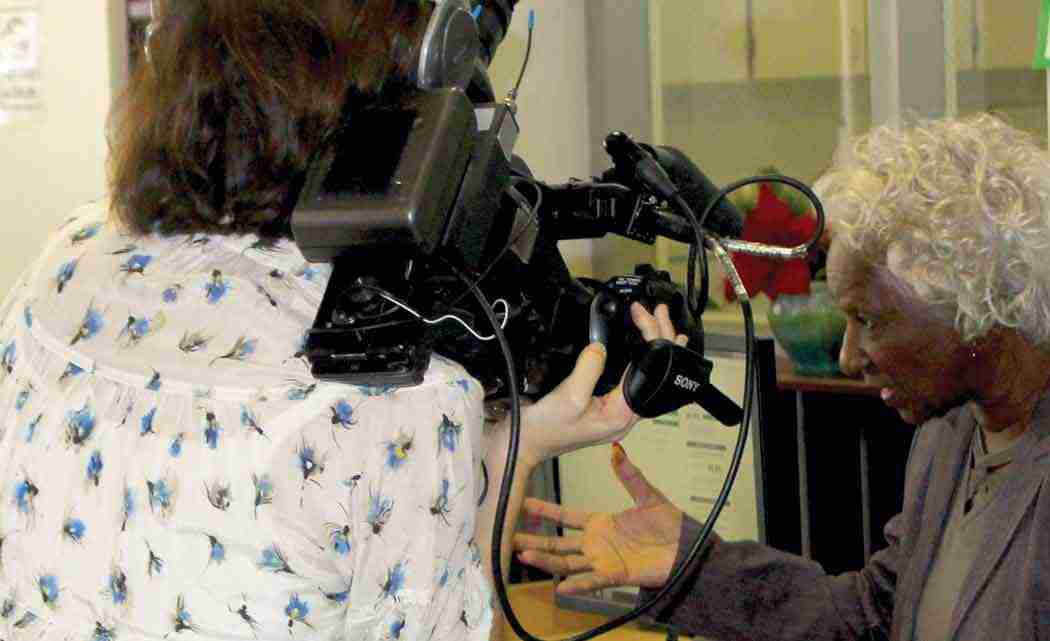 Dr. Emma Banks, principal of Inlet Grove Community High School Career Academy in Riviera Beach is not your average principal. She doesn’t sit back and merely govern her 650 charter school students. She gets involved- really involved in each of their lives, and as she puts it, she thinks outside of the box. She’s hosted a talk show, she’s run a magazine, she holds a flea market at her school, and she’s had mandatory Saturday reading classes for parents. She’s even found a way to get TV personality and nationally renowned counselor Iyanla Vanzant to speak at her school’s annual “My Teacher, My Hero” Scholarship Awards Gala in the spring. And as a result of her unique style, we could be seeing much more of her and her students —on television!

Highly touted producers and camera crews were on hand last week to film the innovative principal and her students for a reality TV show. They captured her in all of her busy-ness on campus and off, counseling students, making home visits, finding a way to get students into college. Cameras even caught her convincing an expectant teen to return to school, despite her desire to drop out because of her untimely pregnancy. Banks was able to convince her to come back to school.

“When they made her, they broke the mold,” said Diane Jacques of Banks. Jacques assists the school with special projects. She is the person who brought in the TV crews. She has a long-standing background in television and producing and instantly spotted something special about the principal and the career academy school. She was initially brought in to assist with a cooking reality show, produced by the school’s culinary arts students. But once Jacques stepped onto the campus, she noticed something more. “We knew almost immediately that there was something big here,” she touted. “They don’t do things the normal way around here. Dr. Banks is one-of-a-kind.” Jacques reached out to other producers, who then made a visit and did some skyping. They agreed that the school was worthy of a TV show. They subsequently made plans to film for one week. They all agreed there was something different about Banks.

Banks is small in stature, but big in heart. She cares deeply about each and every student on her campus, and she’ll do whatever it takes to see them succeed. Jacques tells of one of her students who had a troubled home life, living with his father. Eventually he went into the foster care system and was in danger of dropping out of school. Several area schools wouldn’t accept him. But Banks saw a future for him. She welcomed him to Inlet Grove, provided him tender love and care, and now he is thriving in a web design career and has his choice of colleges. “He’s now so academic and is already successful in a career, even though he’s choosing to go on to college. Where would a kid like him have gotten a chance? Dr. Banks doesn’t see the obstacles, she sees the opportunities. She believes that every kid – rich or poor, deserves an opportunity to get a quality education,” said Jacques.

Banks also believes that every child is special and is worthy of attending college. She hopes to utilize the reality TV show to foster her college scholarships. According to Jacques, Banks has already raised a quarter of a million dollars for scholarships for her students. But she wants more. “I hope it’s picked up by a network, because if this happens, we’ll be able to provide scholarships for our students,” Banks said in an interview after the filming.

By February, the school will know more about whether the show will be picked up by a television network. The producers are veteran heavy hitters in the industry who have worked in senior executive positions with numerous major entertainment companies. They certainly know TV Jacques points out. They were impressed with what they saw at Inlet Grove. They were able to obtain lots of exciting and dramatic footage, and expect it to make it to the TV screen.

“It was an exceptional opportunity. We were able to get an enormous amount of material. I think they were successful in gathering an abundance of material of the unique nature of the school,” said Jacques.

The school is a conversion charter school which has such career choices as nursing, pre-med, architecture, journalism, web design, culinary arts, TV and film producing, pre-law, pre-engineering and International Baccalaureate.