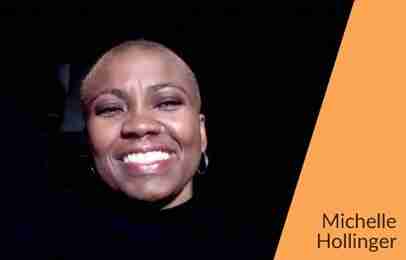 Last month I introduced The S.O.S. by explaining that it describes a woman’s relationship with herself – with her Sisterhood of Self. The use of the S.O.S. acronym also alludes to its traditional meaning – a call for help; a sense of urgency because I feel strongly that a woman’s relationship with herself should be approached with an earnestness to discover life purpose and a commitment to expressing it fully.

Seven principles are the foundation of the S.O.S.; the first two of which say all women have an S.O.S. that is either active or inactive; and the only way to activate an S.O.S. is by spending time in the silence. There is a difference between spending time in silence and spending time in “the silence;” as the former simply means the absence of noise, while the latter represents not only an absence of noise, but also an intentional immersion into the sacredness of a quiet atmosphere devoid of external stimulation. It includes an expectation for receiving wisdom and guidance from the still small voice within that we all have; only accessible by going into the silence.

This S.O.S. business is not for the faint at heart and should really be approached with diligence and care because once you start delving around in it, your life can change. But then, isn’t that why we’re here?

Shifting from an inactive to an active S.O.S. doesn’t happen automatically and it doesn’t happen for all women. Like faith, it requires awareness and use. And in today’s high tech, fast food society where noise is celebrated and spending time in the silence carries no obvious tangible reward, making the shift brings with it its own set of challenges – especially if you choose to announce your intentions to people who may not understand.

Discernment is a quality worth cultivating because it helps you determine who is worthy of hearing your plans for improvement and who isn’t. (One of the things that we’ll address in a future column is your inner circle and why high standards for who comprises it are imperative, but I digress.)

First things first, and to activate your S.O.S., you must first learn to silence your mind and allow the spirit within to tell you why you’re here and how to share your unique gifts and talents.

You do realize that they are not yours to keep, right?

7 PRiNCiPLES of an active S.O.S.

• All women have an S.O.S. that is either active or inactive.

• The only way to activate your S.O.S. is to spend time in the silence, daily.

• Paying attention to thoughts and words is imperative to maintaining an active S.O.S.

• An active S.O.S. impacts a woman’s sisterhood exchanges with other women.