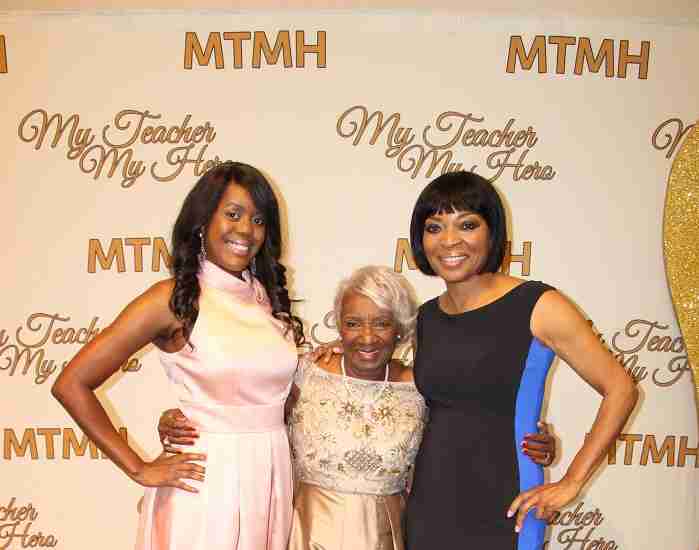 WEST PALM BEACH, Fla. – Tina Lifford said she didn’t quite know what she was coming to when she arrived in South Florida Saturday night as keynote speaker for the 13th Annual My Teacher, My Hero Awards Gala held at the Palm Beach County Convention Center.

She had a lot of great acts to follow. The event has drawn previous keynote speakers like the legendary Hank Aaron, “Empire” creator Lee Daniels, and life coach Iyanla Vanzant.

But the veteran actress, a consummate professional, adapted her speech to fit the theme of the evening –saluting teachers!

Lifford, who stars in the Oprah Winfrey show, “Queen Sugar” and formerly of the TV hit, “Scandal,” waxed brilliantly as she wove stories of an inner fear that gripped her much of her career, along with tales of not quite “knowing” herself as she navigated the world of acting into adulthood.

Lifford said it was a teacher, who told her to “know thyself,” which sent her on a lifelong quest to do just that. That was an example of a teacher who impacted her for the rest of her life.

Throughout the night, teachers were honored for their empathy, their humor, their ability to engage parents, and even for their “effective discipline.”

“Teachers are changing students’ lives because someone has ’empathy’ or ‘effective discipline.’ That is so exciting to me. The work of a teacher is first and foremost driven by faith.

“It’s a seed that’s getting planted over time and bearing fruit, as in my life… year, after year, after year. I applaud all of you for the work you’re doing. I am a recipient of that work.”

Lifford said she always wanted to be an actress since childhood, but at the age of seven she had an experience that stopped her from moving forward in life — even as an adult. At that tender age, she was on stage set to perform and due to stage fright on that fateful night –only a few words came out of her mouth, and she went silent.

She didn’t recover. She literally had to be picked up and carried off the stage. She was teased relentlessly and it left a scar that followed her well into adulthood and into her adult acting career.

“I’ve been a working for decades, but I haven’t been “free” but for half of those years,” “Ms. Lifford was excellent,” said Dr. Emma Banks, creator of the awards ceremony. Banks is the President and CEO of Inlet Grove Community High School in Riviera Beach and is committed to presenting a stellar ceremony every year. She was recently given a speaking role on the hit TV show, “Empire,” by the show’s creator Lee Daniels, who was keynote speaker at the same event a few years ago.

Inlet Grove Foundation Board Chairwoman, Dr. Barbara Carey-Shuler said the evening was royal. “I woke up this morning to a royal wedding, and now tonight is as royal!”

she confessed. It was only as she embarked on the journey to “know thyself” did she eventually become “free,” she said.