Traci Young-Byron is bringing EMANCIPATION to South Florida through dance 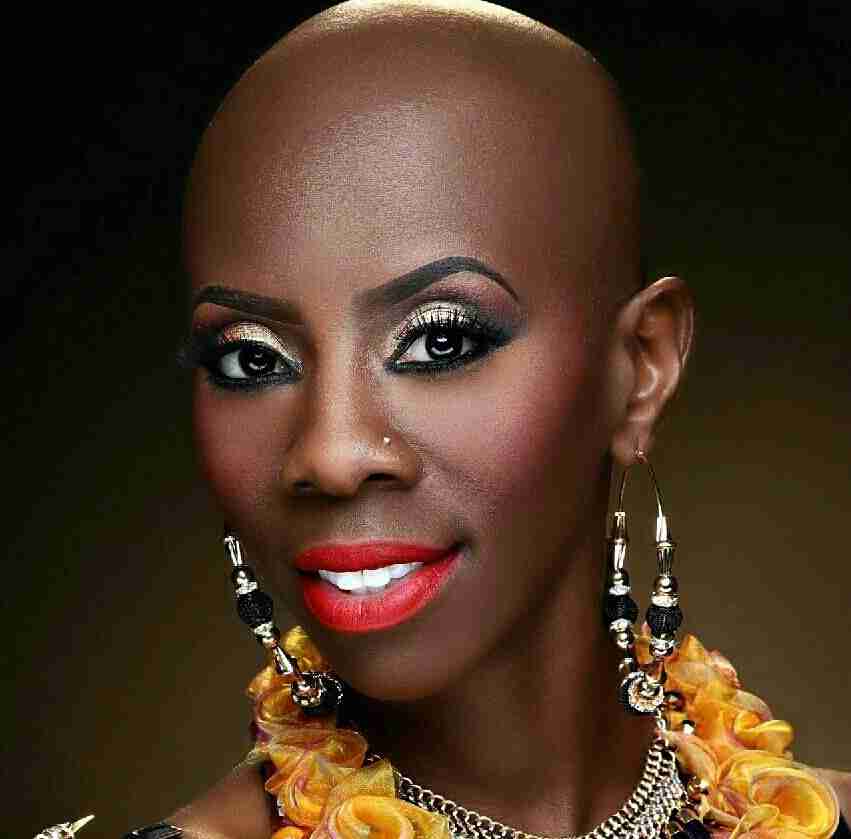 Traci Young-Byron is a force to be reckoned with. Period. The celebrated artistic director, choreographer, educator, reality television star and Liberty City native has spent her entire life breaking barriers in dance and teaching others how to do the same.

That’s why it’s no surprise that she is an icon in her city and her company, the Young Contemporary Dance Theatre (YCDT), is one of the most sought after in Miami. And for the 13th straight year, they are getting ready to bless South Florida with a phenomenal show.

Emancipation, centered on black pride and black excellence, will take place January 22 at 6 p.m. at the Julius Littman Performing Arts Theater. Tickets are $30. Young-Byron said she chose the theme “Liberating Souls and Elevating Minds Through Dance” because she believes it’s her responsibility to elevate the consciousness of the audience as well as her dancers.

“I always want to leave the audience with some kind of impression, but I also believe it’s important for me to impart some kind of knowledge on my dancers,” Young-Byron said. “I think it’s important for them to know where we started from and where we’re going. I’m trying to liberate their minds and just free them from the enslaved mentality that we have to dance one certain type of way just because we look this way.

Also known as ‘Supa Black Girl,’ Young-Byron began dancing when she was three and fell in love with the art form when she was nine.

“I just remember falling in love with dance at a rehearsal when I was nine. I just knew at that point I would do dance for the rest of my life, ” Young-Bryon told the South Florida Times.

She committed to studying the art form; first in middle school, then at Miami Northwestern Senior High School and finally at Florida State University, where she earned her Bachelor of Fine Arts in Dance.

Though Young-Byron started her early career traveling and working with different dance companies, her mother, Mary, fell ill and she decided to come home.

“It wasn’t what I wanted to do initially. I wanted to travel the world and become Beyonce,” Young-Byron shared with a laugh. “But sometimes God has a different plan.”

What may have seemed like a setback to some, ended up being a set up for the phenomenal impact Young-Byron and her dancers would have on South Florida – and the country overall.

Young-Byron began teaching and found she was good at it. Though she had students at both Miami Northwestern and the African Heritage Cultural Arts Center, she made sure to continue chasing her own dance dreams. She became the longest-reigning Miami Heat Dancer in history; danced for the now defunct WNBA’s Miami Sol; founded several dance companies; and appeared on Season 3 of America’s Best Dance Crew with her group Fly Khicks. 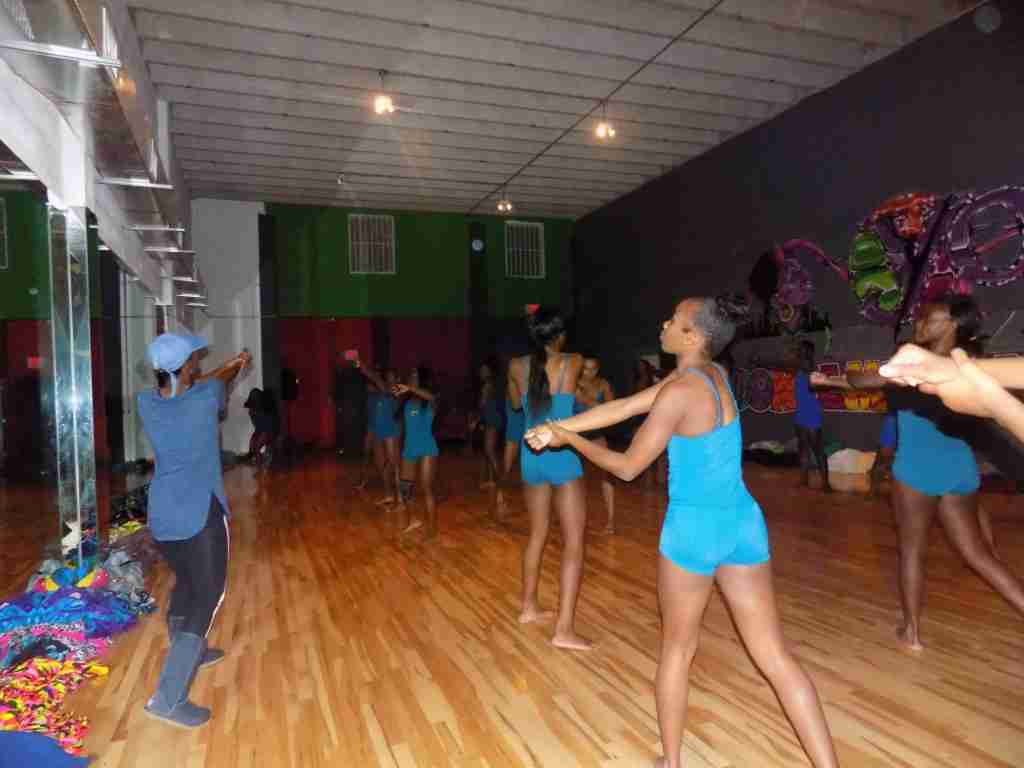 Traci Young-Byron (left) rehearses her dance students for the upcoming Emancipation show to be held Jan. 22

Eventually, the Miami-based YCDT – which was founded in 2004 as Addiction Dance Company, but renamed in 2010 to capture the lasting imprint Young-Byron wants to leave on her hometown – caught the attention of Miss D from Lifetime’s Bring It dance series.

The SupaStarz (YCDT’s competition team) were invited to appear on the show and went on to defeat the starring Dancing Dolls and other teams from across the country.

During their run on the show, the troupe’s skill combined with Young-Byron’s personality made them one of America’s household names.

Though opinions ranged about Young-Byron and her dancers’ attitudes, no one disputed their talent; and eventually, Lifetime offered them their own docuseries, Step It Up.

The series was short-lived, running for only one season. However, Young-Byron doesn’t believe in letting anything stop her from moving forward.

“I don’t like pity parties. If something doesn’t work, like how Aaliyah said, you dust yourself off and try again, and that’s the same thing I try to impart on my students,” Young-Byron said. “To me no never means no. It just means not right now.”

Those who know her personally will tell you there is so much more to her than can be captured on a television screen.

“Some people criticize educators who are stern and give that tough love, but I would be concerned if she wasn’t, ”said Roketa Mansfield, mother of ninth-grader Cheavanny Williams, who joined YCDT after losing her grandmother to a drunk driver.

“She’s pushing them to be greater and what she does here, I reinforce it. I believe in her vision. I believe in what she’s done. The proof is all around us,” Mansfield said. “She’s very open. She’s approachable because it’s a village and I’m just happy she’s a part of my village. This is an inclusive environment and you are free. It’s like a release and it gives you a lot of hope.”

Despite her company’s exposure to the glitz and glam, Young-Byron stressed it’s not enough for her dancers to be good performers; they must also be good students.

“Aside from being artistically inclined, they’re academically inclined as well. My dancers are very intelligent. I push academics first and dancing comes second,” Young-Byron said.

Her track record of sending 95 percent of her dancers off to college on some form of scholarship or a major career in the performing arts is a testament to her statement. She credits parental support and her willingness to push her students to greatness for her success.

“My goal is not to create amazing dancers; my goal is to create amazing people through dance,” Young-Byron said. “As an instructor what you really want to do is see your students go off and go beyond what you did. So when I see my dancers go off and they become successful … I just feel so validated. I don’t need for you to give me an award because that’s the biggest reward I can ever get.”

In addition to making history as a dancer, Young-Byron is also known for her bold and bright fashion sense. Whether it’s sporting pink-and-purple hair, shaving her head completely bald or wearing custom designed sneakers, Young-Byron makes no apologies for being true to herself.

“I feel like God made me this way for a reason, and for me to apologize about how I am is almost like you telling Him that He didn’t do a good job at making me. This is who I’m supposed to be,” Young-Byron said Her students couldn’t be happier with the woman she is. Just ask one of her latest protégés, 19-year-old Jarron Knight, who began dancing his sophomore year of high school under Young-Byron.

“My experience has been amazing. She’s helped me with so many things beyond dance. She taught me how to be a young man. Certain stuff that my parents couldn’t do, she reached me in those spots,” Knight said.

Though he briefly stopped dancing a few months back due to feelings of inadequacy, Knight said Young-Byron helped him avoid becoming a negative statistic and get accepted into AMDA New York’s Dance Theatre

Conservatory Program with a scholarship, where he will begin classes in the summer.

“If it wasn’t’ for this (YCDT), I probably wouldn’t have gone to college. I figured if she believed in me, and she’s such a great dancer, I had the willpower and everything I needed to succeed. When I didn’t have any motivation, she motivated me to do better. I couldn’t let her down,” Knight said.

Young-Byron knows her methods can sometimes be misunderstood, but she said her approach is really in the best interest of her students. She wants to teach them how to navigate the tough, cutthroat world of dance because she knows first-hand nothing is handed to you.

“My love is tough, but it works. I don’t necessarily consider it being rude. I think that my passion, a lot of times, is misconstrued. It’s very important for me to see my students succeed at all costs,” Young-Byron said. “I’m more than just what you think you know about Traci Young-Byron. I have a heart, I have compassion and there are a lot of things I do for my students and for my parents that are not televised.”

One of those things is how Young-Byron still manages to be “supa” in her endeavors while mourning the loss of her mother, who passed away in 2015. She still excels at teaching almost 200 dancers between Miami Northwestern and YCDT, while being a mother to her younger sister Sunshine and a wife to her husband Jean.

She credits God, her upbringing and fighting spirit, a strong support system and an understanding that her purpose in life is bigger than she is with helping her stay motivated. Don’t be surprised if you see movies, stage plays and overseas tours in her future. There’s a thespian in her past that is looking to make a comeback.

“My life is not really about me. I feel like God has used me as a vessel; to reach and teach other people,” Young-Byron said. “When I feel fatigued or tired, I have to know that this thing is not really about me. I know that God has blessed me tremendously, but I still feel like my biggest breakthrough, my biggest blessing is on the way. I’m gonna keep pushing until it happens.”