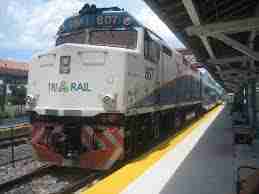 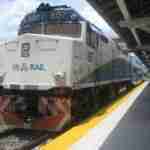 MIAMI – Passengers on South Florida commuter trains will now be able to use the Internet without burning through their mobile data plans.

Tri-Rail, which connects Miami, Fort Lauderdale and West Palm Beach, now has free Wi-Fi on all 50 of its passenger cars. A spokeswoman said that they should have Wi-Fi in all of their stations by the end of the year.

The Wi-Fi addition is part of a Tri-Rail upgrade package that includes an app that GPS locates trains for up-to-the-minute updates.

The entire project was originally scheduled for completion by 2016, but the bidding process for app development begins early next year. The spokeswoman says development should take another 18 months after that.