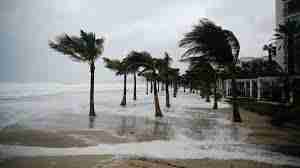 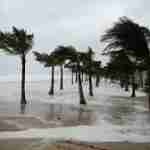 ST. PETERSBURG, Fla. (AP) – The latest on storm preparations for Erika. The National Hurricane Center said during its 5 p.m. forecast that Tropical Storm Erika is forecast to weaken into a tropical depression.

During the Friday night announcement, meteorologists said they expect Erika to be downgraded to a depression Saturday.

There’s even a possibility that the storm could dissipate to a trough of low pressure during or after its passage over Hispaniola.

Officials say there’s “a significant chance” that no watches or warnings for Florida will be required over the weekend.