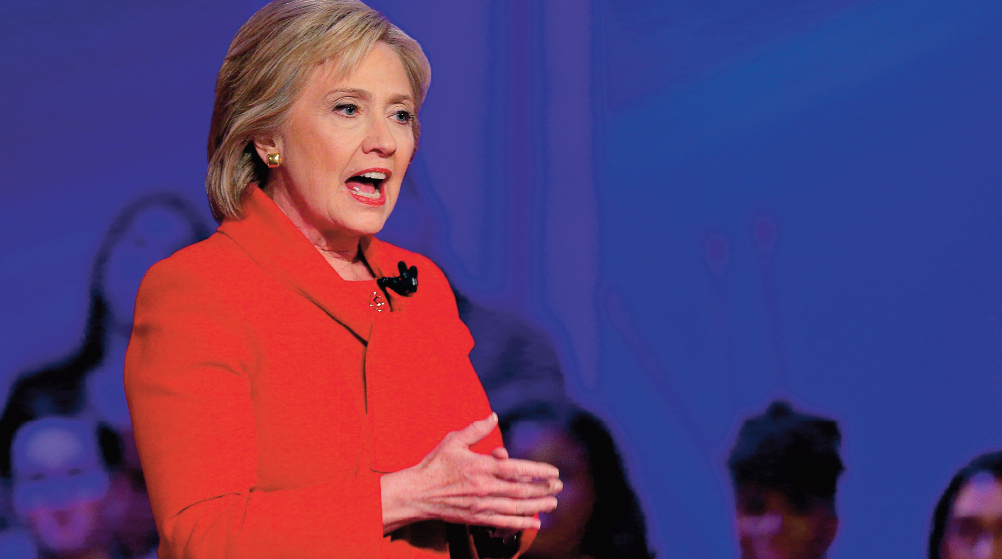 COLUMBIA, S.C. – Republican Donald Trump and Democrat Hillary Clinton are cementing their status as presidential front-runners with strong performances among demographic groups at the core of their two parties, developments that put tremendous pressure on their top rivals as the nominating contests head into delegate-rich March.

Trump built a varied coalition in his South Carolina primary victory Saturday, according to exit polls conducted for the Associated Press and television networks. But it was the bombastic billionaire’s surprisingly strong performance among self-described evangelicals in South Carolina that helped him notch another double-digit victory and sweep all 50 delegates.

It was a grave blow to Ted Cruz, who invested heavily in his pursuit of religious conservatives here only to apparently finish a narrow third behind Marco Rubio, and it raises questions about whether Cruz can catch Trump in the March 1 glut of Southern primaries that the Texas senator has for months identified as his best path to the nomination.

Among South Carolina Republicans who voted on Saturday, more than seven out 10 described themselves as born-again Christians, and those voters were slightly more likely to say they voted for Trump (33 percent) than Cruz (27 percent). Trump even came close to Cruz among the four out of 10 who said it matters a “great deal” that a candidate share their religious beliefs. Among the remainder who said religion matters only “somewhat” or less, Trump did significantly better than Cruz.

The senator spent weeks hammering Trump for his past support for same-sex marriage and abortion rights. He chided Trump for his history of public vulgarity, casting it as unworthy of the Oval Office. After Supreme Court Justice Antonin Scalia died on Feb. 20, Cruz warned voters not to trust Trump to nominate jurists who represented their values.

Cruz counted hundreds of South Carolina pastors among his endorsements, and he campaigned with cable television’s Duck Dynasty patriarch Phil Robertson, a cult hero to conservative Christians for his unvarnished critiques of modern, secular society. The candidate also has taken to comparing his campaign to a spiritual “revival” and asking his supporters to pray that God “awaken the body of Christ” in America.

Trump’s ability to withstand that approach may be found in what else drives white evangelicals. Four out of 10 were angry at government, and nearly half of that group opted for Trump. Cruz also lagged well behind Trump among evangelicals who cared most about the economy.

Those outcomes reflect Trump’s overall strength through the first three nominating contests: He draws significant support from nearly every demographic and ideological slice of the GOP.

Trump led all candidates Saturday among avowed Republicans and independents. He led those with household incomes up to $100,000 – and nearly tied with Rubio among voters who earn more. Trump led among voters who live in rural areas, small towns and suburbs. Rubio was tops among residents of South Carolina’s largest cities, but that was just 23 percent of the electorate.

Voters with less than a college education sided with Trump, and he managed a near draw with Rubio among those who have degrees. Only among voters with postgraduate education – just a fifth of the electorate – did Rubio register a lead.

Trump’s support among self-described conservatives and moderates was nearly identical: 32 percent and 34 percent. He got the votes of almost half of those who support deporting residents in the U.S. illegally and managed to attract about a fifth of those who say immigrants should get a path to legal status.

Slightly more than half of the el-ectorate said they feel “betrayed” by Republican politicians. Slightly less than half said they don’t. Trump claimed a third of each group.

Rubio crushed Trump 47 percent to 21 percent among voters whose top priority is having a nominee who “can win in November.” Worrisome for the Florida senator, though: That group was just 15 percent of the electorate.

Perhaps most encouraging for Rubio and Cruz is that among the latest-deciding voters – about four out of 10 said they decided within days of the primary – less than a fifth opted for Trump.

Among Nevada Democrats, me-anwhile, Clinton ratcheted up the pressure on Sanders by claiming 56 percent support from nonwhite caucus-goers. Among African-Americans, her support was about 76 percent. Black voters made up just 13 percent of caucus attendees, but they are likely to be a majority of the South Carolina primary electorate Saturday. A similar distribution here would almost certainly give her a commanding win heading into March 1 primaries with similar electorates.

Sanders drew a majority among voters who cared most about income inequality – the theme of his campaign – but Clinton appeared to dent Sanders’ core message by winning majorities among voters who care most about health care and the economy; she also led Sanders 54 percent to 43 percent among Nevada Democrats from union households.