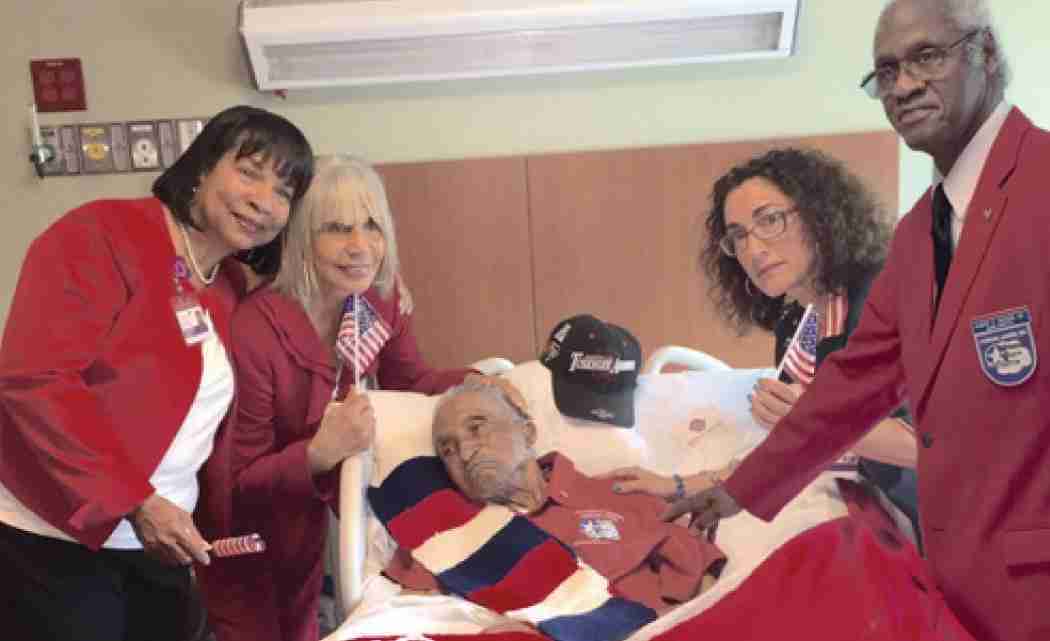 The salute was well-received by all, including Williams, whose appreciation was evident as he mustered the energy to say: “Thank you so much. It’s a grand way to go out.”

Williams, a documented original Tuskegee Airmen (DOTA) and veteran of the Korean War, dedicated more than 20 years to serving the U.S. Army Air Corps. A longtime Miami resident, Williams was born in 1917 and grew up picking cotton on plantations in Texas and Kansas. In addition to fighting for his country, he also fought for racial equality—a cause he’s battled strongly for since childhood. After retiring from the military, Williams served Miami-Dade County Public Schools, the fourth largest school district in the U.S., where he held several roles, including Director of Desegregation.

The Tuskegee Airmen, also known as the Red Tails, fought in World War II and were the first African-American combat pilots in U.S. history. According to Tuskegee Airmen, Inc., there are approximately 200 documented members in their local chapters who are still living.

Next post Haitian art, culture fuel her desire to lead