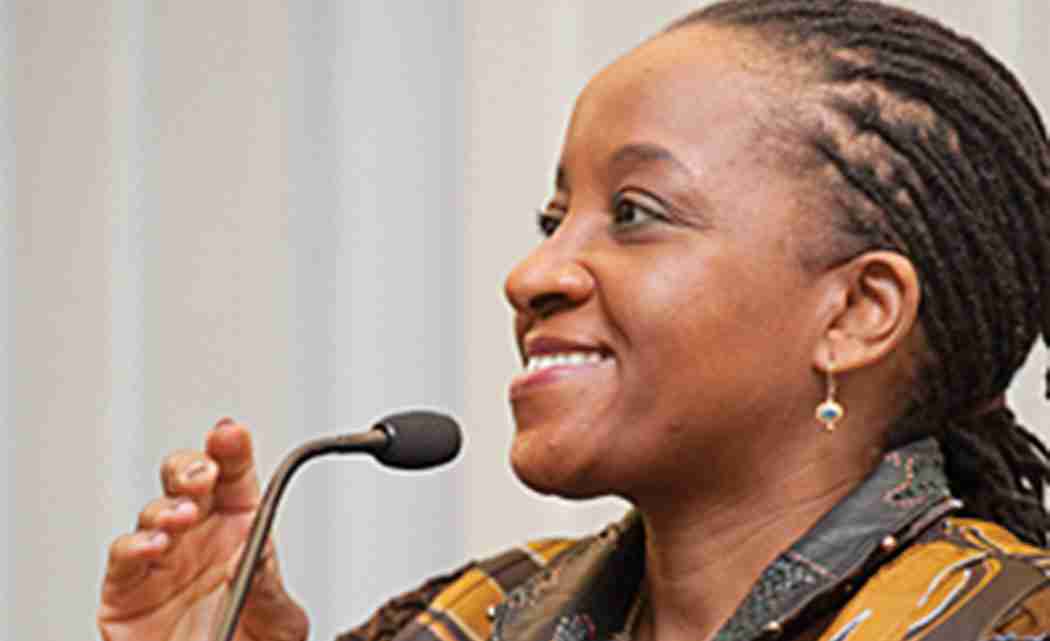 Growing up the daughter of the esteemed Archbishop Desmond Tutu of South Africa, Nontombi Naomi Tutu, a human rights activist, knows the perils of the racist apartheid regime – as she grew up in it.  But she never imagined she’d experience anything similar here in the United States. But Tutu, the mother of one black son and two black daughters, says being an African-American male in America brings to her mind the racist regime that ruled South Africa for so many years. Tutu will be the featured speaker Friday, February 20, 2015, at the Raymond F. Kravis Center’s Cohen Pavilion in West Palm Beach. She will give the keynote address at the William M. Holland Scholarship Luncheon, sponsored by the black lawyer’s F. Malcolm Cunningham, Sr., Bar Association in Palm Beach County.

In an exclusive telephone interview with the South Florida Times, Tutu, 54, who lives in Nashville, Tennessee, was asked about race relations in America. “I don’t think it’s a straight line in terms of race relations. I’m the mother of one black son and two black daughters. They’ve had experiences (here in the U.S.) I wish they’d never had. I grew up terrified of the police in South Africa. I prayed this would not be how my children would live. And now I have to tell my 17-year-old son to do certain things and act a certain way if he’s stopped by the police. He is viewed as a threat because he is a 17-year-old boy in black skin!” she declared. “In that way, we have not moved very far in race relations here in America.”

Furthermore, Tutu says many believed it was the end of racial problems in America when President Barack Obama became the first black president. But in reality, she says it was just a beginning. “I was able to vote in that election and it was very important,” she recalled of the momentous occasion. “My concern was the idea that this was going to be like a magic bullet and that all of racism is eradicated. In reality, it was only the start of a process, but not the end. In some ways it has brought out the worst in some people. We still have not properly dealt with racism as a country.”

Tutu says the level of disrespect for the President and his office by Congress is an outrage. “I join many in being very distressed at the disrespect shown President Obama. The level of disrespect is unconscionable. It also disrespects the office of the presidency. It’s actually setting up a precedence of disrespect. It’s a clear statement of how you view the presidency of our nation. It’s not that I want a colorblind world,” she clarified, “but that we recognize the humanity in all people. My hope, my prayer, my work is to say that we clearly have a problem. Let’s at least start the conversation,” she pointed out.

Recognizing the sheer humanity in all people is the legacy she believes her father leaves with us. Archbishop Desmond Tutu, now 83 and retired, spent the majority of his life fighting apartheid and fighting for humanity for all. “His legacy is one of bringing to our attention over and over again our shared humanity. In the final analysis, every human being is made in the image of God. His legacy is in recognizing the total humanity of all. If we could just start from there, we would all be better off,” she said of her beloved father’s works. She is also now following in her father’s footsteps into ministry, in addition to social activism. She is working on her Master’s of Divinity at Vanderbilt University. “After a lifetime of saying I was not going to be an ordained priest, I’ve now decided to do so!” she quipped.

Since around 2000, Tutu has also put together trips to South Africa in order to bring Africans and Americans closer together. “I want people to know and share our differences and our similarities, our shared dreams.” She has taken high school groups, undergraduates, graduate students and other groups. “It’s important for South Africans to get to know Americans and for Americans to get to know South Africans. Why is this important? Because we have a direct impact on each other, and it’s important that we not see each other not just as caricatures in the newspaper or on TV. It’s important that we know each other’s humanness.”

Tutu is looking forward to her trip to Florida to share her life’s work against global oppression and her story with the audience at the 14th Annual William M. Holland Scholarship Luncheon on Friday, February 20. The luncheon starts at 11:30 am and will be held at the Cohen Pavilion at the Raymond F. Kravis Center, located at 701 Okeechobee Blvd., West Palm Beach. Tickets to the scholarship luncheon are $100 for the general public and $50 for the Judiciary and are available online by visiting www.cunninghambar.org or by contacting Nadine White-Boyd, Esq. at 561-626-4700.

Next post Malcolm X: In death his vision lives