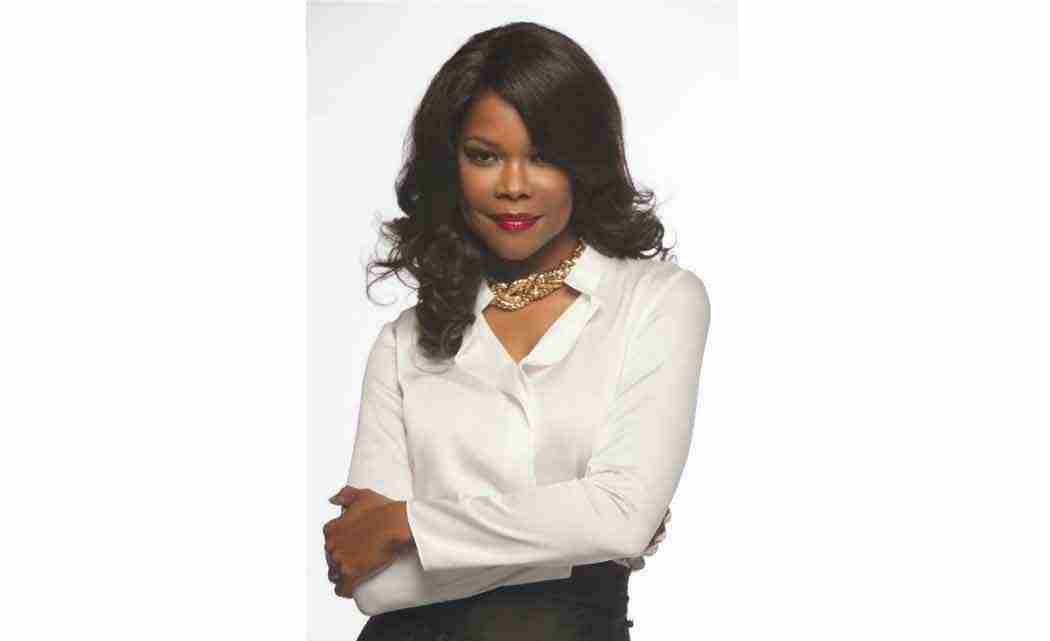 You may know her as the rich, uppity, villain on Tyler Perry’s hit prime time drama, The Have’s and the Have Nots on the Oprah Winfrey Network (OWN). Since her 2013 debut on the show, she’s had her gay son beat up by an ex-con; she’s deliberately set her house on fire with her husband in bed; and she’s seduced and had an affair with a man half her age. What more could the character, Veronica Harrington do? Well, the actress who plays the horrible vixen is certainly pushing the envelope with her portrayal of the character. And she’s making her mark in the acting world while doing so.

And now, South Floridians can come see and hear the talented actress, Angela Robinson in person as she helps raise scholarship funds for her alma mater, Florida A & M University. Robinson attended and graduated from FAMU in the early 1980’s, where she was also crowned Miss FAMU. The Palm Beach County Chapter of the FAMU National Alumnae Association has announced that Robinson will be the keynote speaker at its Second Annual 2016 Scholarship Awards Gala to be held May 14, 2016, 5pm at the PGA Marriott, 4000 RCA Boulevard in Palm Beach Gardens. Tickets are $75 per person or $750 for a table of 10. Tickets can be purchased at the website: www.famupbca.org/#!gala. Tickets may also be purchased by calling the number below.
Willie A. Miller, Jr. a two-time graduate of FAMU with both a Bachelor’s and Master’s degree, said the 2016 Scholarship Committee came up with the idea to invite Robinson to speak. Miller, who is chairman of the committee, said she’s the perfect choice. “She’s a superb actress and she is one of our most noted alumnae. She is certainly deserving of the honor. We are absolutely excited about having her to join us for this worthwhile occasion. We are calling on our alumnae near and far to join us in this effort as we aspire to send deserving students to Florida A & M as first time students or returning students.”

Robinson was born and raised in Jacksonville, Florida, where she graduated from William M. Raines High School. After studying theater at FAMU she graduated and eventually moved to New York City and began her acting career on stage, appearing on Broadway and Off-Broadway productions. On Broadway, she performed in The Color Purple as Shug Avery, and later appeared in the national touring  reproduction.  She later performed on the national tours of Dreamgirls and The Wizard of Oz with Eartha Kitt. On television, she appeared on Law and Order SVU and other shows and starred in many commercials.

For Robinson’s portrayal of ‘Veronica Harrington’ on The Have’s and the Have Nots, her performance was listed among the top ten best performances of 2013 by Blackactors.net. In 2015, she received the Gracie Award for Outstanding Female Actor – One to Watch. She is the Co-owner of The WhiteRobin Group with her husband Scott Whitehurst, which is dedicated to the training, guidance, mentorship and inspiration of artists

Lending her support to positive community efforts, she often serves as Keynote Speaker to impactful events around the United States including The United Negro College Fund’s 22nd Annual “A Mind Is Gala…”, Women Veterans Interactive’s “3rd Annual Tribute to Women Veterans”, The “2015 Triad Minority Business Expo”, Leaders Recognizing Leaders’ 5th Annual Leaders Awards Gala, and many others. Robinson is thrilled to assist her alma mater with their scholarship efforts as keynote speaker for the 2016 Scholarship Gala, which will provide scholarships for both incoming and returning students.
The Palm Beach County Chapter of the FAMU National Alumnae Association has also launched another initiative, “Keep a Student’s Dream Alive with $5,” which will culminate with the gala. They are
asking donors to go online  and donate a minimum of $5 towards their scholarship fund. The initiative goes through May 9, 2016. “We set the minimum at just $5, because we wanted as many people as possible, from all walks of life, to participate in sending deserving students to FAMU,” said Miller.

For more information on the 2016 Scholarship Awards Gala featuring actress Angela Robinson, or on the “Keep a Student’s Dream Alive with $5” initiative, please contact  Willie A.. Miller Jr., Chairman, at 561-386-9897.