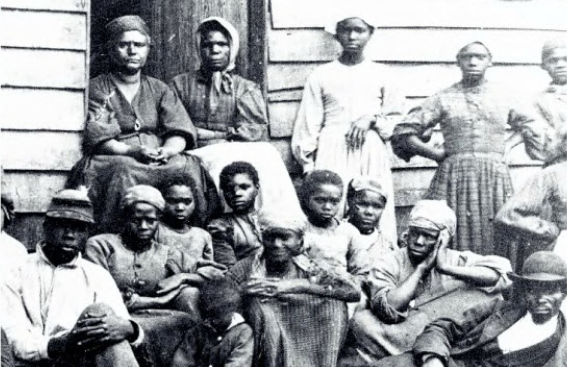 WASHINGTON – The United States should consider reparations to African-American descendants of slavery, establish a national human rights commission and publicly acknowledge that the trans-Atlantic slave trade was a crime against humanity, a United Nations working group said Friday.

The U.N. Working Group of Experts on People of African Descent released its preliminary recommendations after more than a week of meetings with black Americans and others from around the country, including Baltimore, Chicago, New York City, the District of Columbia and Jackson, Mississippi.

After finishing their fact-finding mission, the working group was “extremely concerned about the human rights situation of African-Americans,” chair Mireille Fanon Mendes-France of France said in the report. “The colonial history, the legacy of enslavement, racial subordination and segregation, racial terrorism and racial inequality in the U.S. remains a serious challenge as there has been no real commitment to reparations and to truth and reconciliation for people of African descent.”

For example, Mendes-France compared the recent deaths of unarmed black men like Michael Brown and Eric Garner at the hands of police to the lynchings of black men in the South from the post-Civil War days through the Civil Rights era. Those deaths, and others, have inspired protests around the country under the Black Lives Matter moniker.

“Contemporary police killings and the trauma it creates are reminiscent of the racial terror lynchings in the past,” she told reporters. “Impunity for state violence has resulted in the current human rights crisis and must be addressed as a matter of urgency.”

Some of the working group’s members, none of whom are from the United States, said they were shocked by some of the things they found and were told.

For example, “it’s very easy in the United States for African-Americans to be imprisoned, and that was very concerning,” said Sabelo Gumedze of South Africa.

“What stands out for me is the lack of acknowledgement of the slave trade,” said Ricardo A. Sunga III, who lives in the Philippines.

The working group suggests monuments, markers and memorials be erected in the United States to facilitate dialogue, and “past injustices and crimes against African-Americans need to be addressed with reparatory justice.”

The Working Group of Experts on People of African Descent was established in 2002 by the then-Commission on Human Rights, following the World Conference against Racism in 2001.

The current panel will give its final findings to the U.N. Human Rights Council in Geneva in September.

Next post McCray Barbecue headed back to the Super Bowl