Want to go to the park? Great, just don’t try to walk there 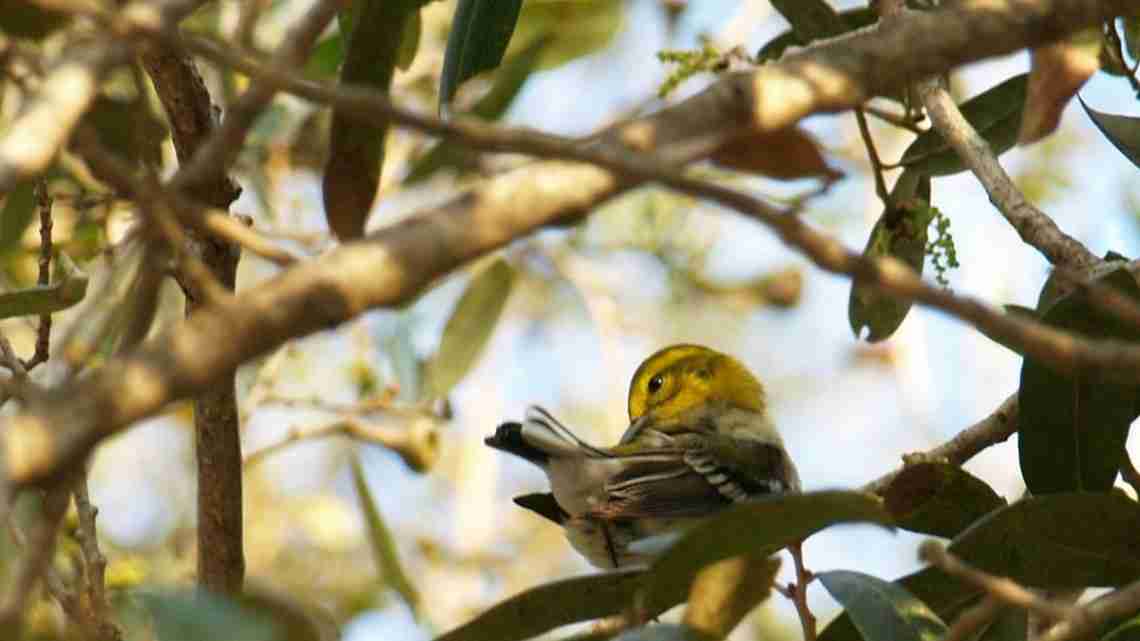 A bird in A.D. Barnes Park.

By LINDA ROBERTSON
The Miami Herald

MIAMI (AP) – When Caroline Parker Santiago and her two children want to walk to A.D. Barnes Park they have to negotiate an obstacle course.

First, they warily approach the intersection at Southwest 39th Street and 72nd Avenue, which must have been designed by a 5-year-old scribbling on a napkin. Sidewalks don’t exist. If no train is coming, they cross the railroad tracks. They wait a very long time at the stoplight, where there is no crosswalk or pedestrian signal. When the light changes, they have 10 seconds to dash across the busy road and must nimbly mount and carry a stroller over a hefty median that has no curb cuts while scanning for speeding, honking cars. Once they reach the other side, they exhale quickly on a thin slab of cement, then gird themselves to push onward past coral rock boulders and through 30 yards of thick grass before they reach a park walkway.

They made it. They can relax awhile – before embarking on the journey back home.

A.D. Barnes is a gem of a park. It has an inviting swimming pool, splash pad, playground, jogging path, pine rockland nature trail, green meadow and gazebos by the pond.

But if you want to get there by foot, good luck. It’s about as accessible as Alcatraz.

“You need the skills of a Ninja Warrior to get in,” Parker Santiago said. “The park was part of the attraction of buying here four years ago. It’s such a treasure. People love it. But it’s so difficult to get to.”

So difficult that most of her neighbors in the Waterway neighborhood north of Bird Road and east of the Palmetto Expressway actually drive to the park, which is a Miami-Dade County facility.

“We refuse to drive,” she said.

South Miami Park has a similar accessibility problem. The park, which is adjacent to David Fairchild Elementary School, is an oasis for the neighborhood but has only one entrance, a gated one that is often locked when it’s not supposed to be at the end of Southwest 58th Avenue near 45th Street. The park is in South Miami; many of the homes surrounding it are in unincorporated Miami-Dade County.

Douglas Thompson lives 100 yards from the park on its west side but has to trek about three quarters of a mile to get to that sole entrance. Fencing surrounds the perimeter of the park.

“It’s a beautiful piece of land, the second largest park in South Miami, but it’s tough to get in,” said Thompson, a landscape architect. “Extremely frustrating.”

A hole has been torn in a chain-link fence near the northwest corner at the end of Southwest 60th Court where it’s possible to crawl through the brush and clamber down into the park. That dead end is a logical place to put a pedestrian-only entrance, Thompson said.

Two parks, beckoning. Tree boughs gesturing in the breeze: “Come here and partake of my shade.” But how? How the heck do you get in? Lack of access sends a deterring message instead.

Like much of everything in South Florida, these public spaces were planned with only the automobile in mind, under the assumption that everybody wants to strap into their cars and drive to each destination.

Santiago Parker and Thompson are pursuing solutions. Their proposals to improve pedestrian and bicycle access to the parks are among 48 finalists in the Miami Foundation’s annual Public Space Challenge, which seeks citizen input on how to realize the potential of public spaces. The best ideas will receive grants ranging from $5,000 to $25,000.

Santiago Parker would like to see a crosswalk with a crossing signal installed at Southwest 39th Street. As it is, “I see people every day climbing over the railroad tracks and running across 72nd Avenue at random points. Or hurdling over that gigantic median.”

There’s got to be a less dangerous way.

“It’s Miami and we know the pedestrian is nothing and the car is king,” she said. “But we’re finally talking more here about walkability and connectivity. Let’s make it happen in all our communities.”

The planned Ludlam Trail runs along the east side of Barnes Park. That will be another asset knitting green spaces together.

The county has been in conversations with the Miami Foundation about proposals but has not been able to review or assess the feasibility of the Barnes park proposal yet, said spokesperson Karla Damian.

Thompson envisions better use of space at South Miami Park. He’d like an entry at that northwest corner. There’s another possible entry spot at a vacant lot at the end of Southwest 59th Avenue near the corner of 44th Terrace.

“Creating multiple pedestrian access points is an essential element for any park,” said South Miami parks and recreation director Quentin Pough. “Folks who live near the park are discouraged from using it by having to walk or drive all the way around to the southeast entry.”

The park has a long and tangled history. It used to be the home of the YMCA. Now only the overgrown ruin of a swimming pool and a hut covered with graffiti remain. The city wanted to sell the land to developers. Residents objected. Now the park is occupied by the South Miami United soccer club.

Thompson and other neighbors think the park, 1,300 feet long by 330 feet wide, should have more than soccer fields. A jogging path is in the works. A playground, exercise stations, a shelter, restrooms and a nature area have been suggested. Thompson made a drawing for the city.

“Nobody has had any imagination for it,” he said. “Plant some trees. Fix the old YMCA area that has decayed.”

Pough said the city is finalizing a master plan to upgrade the park. Thompson also wants to connect the park to the elementary school and its field.

“I grew up in northern Michigan where we had more naturalistic landscapes for the schools,” he said. “It’s great to let kids interact with nature.

“And it’s too hard for them to get into the park.”