Will America ever create an opportunity economy for all? 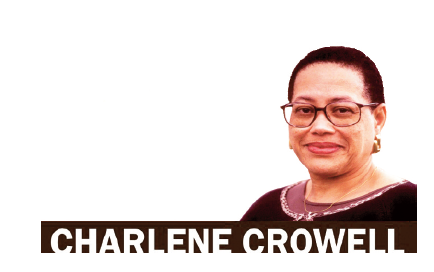 As communities of color continue to suffer from financial stress, a new research report provides insights as to how the racial wealth divide is in large part created by policy trends that favor the well-to-do at the expense of the majority of the nation.

New research by the Corporation for Enterprise Development (CFED) notes that although economists have long declared the Great Recession over, Black and Latino consumers in particular are losing wealth, disproportionately suffering from subprime credit scores and turning to high-cost predatory lending to piece together their financial lives.

The report helps to identify underlying causes, explaining that, “The federal government spends nearly nine times as much on tax programs designed to encourage upper-income households to save, invest and build wealth as it does on the Earned Income Tax Credit. . . .All-told, the top 0.1 percent gets more money from these ‘upside down’ tax programs than the entire bottom 80 percent combined.”

The CFED report concludes that, “We need to create an opportunity economy where anyone who works hard can get ahead, where every American has a clear and critical stake, and where policies and programs are designed to encourage upward mobility.”

These disproportionate housing burdens contribute to the fact that almost half of the nation’s households are living asset poor lives. The term ‘liquid asset poor’ refers to consumers who lack less than three months of savings. Should jobs be lost, medical emergencies arise or any unexpected expenses emerge, people who are liquid asset poor are more likely to face a financial crisis.

While more responsible options exist, it is the high-cost predatory lenders, those who charge triple-digit interest rates that eagerly exploit financially vulnerable families.

What the report makes clear is that rules matter. Unfortunately, today only five states have banned or capped all predatory loans: Connecticut, New Jersey, New York, North Carolina and Pennsylvania. Nationally, 29 of 50 states and the District of Columbia have capped interest rates or banned auto-title loans; and payday loans have been banned or effectively enacted interest rate caps in 17 states and DC.

“We know that effective policy changes lives,” states the report. “That means we need to expand policies that work so they are available to all families who need them. It also means reforming those policies that stand in the way of economic opportunity. . . . Only a comprehensive approach to helping households of color – from all backgrounds — achieve financial stability will effectively remedy the disparity in outcomes and help bring every American family to a place of true opportunity.”

Nikitra Bailey, an executive vice president with the Center for Responsible Lending agrees.

“The 21st century challenge to America is not just to identify widening disparities in lending; but to advocate policy reforms in the area of financial services that will aid in closing the racial wealth gap. As long as these disparities remain unaddressed, many blacks and Latinos will continue to lag far behind their white counterparts.” observed Bailey.

“Our nation’s prior public policy decisions have led us to this outcome. We need change to ensure that all Americans have a fair shot at creating economic stability and a chance to build wealth. Fair lending for all is part of the solution forward,” she concluded.