Workshop will teach pastors how to deal with domestic abuse 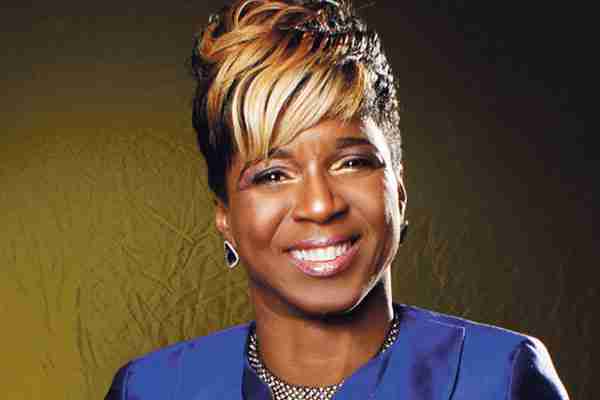 RIVIERA BEACH — Parishioners often go to their pastors about things in life that are troubling them but when it comes to domestic violence they may not get the advice they desperately need, according to experts dealing with the issue.

Many pastors aren’t equipped to deal with domestic violence, often telling the victim, “I’ll pray for you,” or telling wives to submit to their husbands and, in some instances, sending the victim back home to the source of the violence.

Dealing with domestic violence in the faith community presents a complex situation, says Pastor J.R. Thicklin, CEO of Destiny By Choice, which is dedicated to the reduction of domestic violence.

Thicklin’s organization is hosting a special training for pastors and other faith leaders to teach them more effective ways of dealing with the subject. The seminar, titled “Faith Based Training on Domestic Violence,” will be held Aug. 16, at Hurst Chapel A.M.E. in Riviera Beach. The workshop will be led by Thicklin, a trailblazer in the field of domestic violence, who has spoken and lectured extensively on the subject for more than two decades. He has lectured in schools as well as colleges and universities across the country on the issue and has worked on contract with the Department of Children and Families and other child protective services agencies.

The co-presenter for the symposium/training seminar is Annette Douglas, a behavioral scientist who retired from the federal government after an extensive career.

Douglas says faith leaders have a critical role to play in domestic violence that can mean the difference between life and death. “A minister can deliver the message but when it comes to a victim with a bloody nose from a spouse, the minister may not know what to do. Some pastors may want to say more or do more but may not know what to say or do,” she said. “How should this faith leader address the violence? Do you say, ‘Call 911.’ Do you say, ‘Read the Bible?’”

Thicklin said some pastors have told him that they’ve had to bury members of their congregations who died from domestic violence but the pastors were not aware the couples had problems and, even so, would not have known how to handle it.

“Many pastors don’t know the domestic violence resources in the community,” he said. “We’re asking pastors to at least be skilled enough to know the resources. This is why we’re asking them to have a representative there on Aug. 16. We have to help save lives through education, empowerment and engagement.”

Linda Collymore, senior pastor of Operation Kingdom International Church, which has locations in West Palm Beach, Fort Lauderdale and Queens, New York, agrees that engaging pastors is the key. “It’s a toxic issue. I began to realize it’s an epidemic and we’ve covered it up in the churches,” she said. “When issues happen, oftentimes women are encouraged to submit and keep quiet. Often they are not encouraged to contact the police. Instead they’re told to ‘Give it to God and He’ll make a way.’”

“It becomes far and wide in the aftermath because we haven’t dealt with it at the root. Sometimes it’s psychological. There may be an anger issue or the perpetrator has been abused in the past. Let’s deal with that,” said Collymore, who is on the advisory board of Destiny By Choice.

Collymore said it’s time for pastors to get a better understanding of the issue. “Pastors and leaders have not been fully educated in this area. I don’t believe pastors don’t want to deal with it; it’s that they don’t know how. It’s the 800-pound gorilla in the room.”

Next post Union pulls support from UNCF after Koch donation