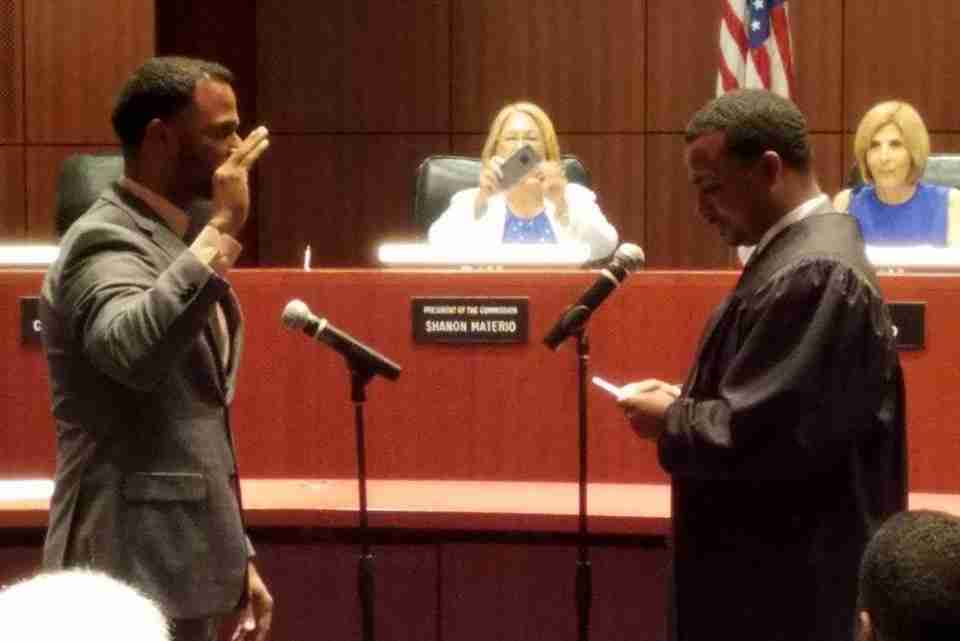 It was Commissioner James’ fourth swearing-in ceremony. “It never gets old,” James said. “I’m so honored the citizens have placed their confidence in me to move the city forward.” He also praised Mayor Jeri Muoio for her leadership.

Neering promised to work to keep West Palm Beach a “beautiful, progressive and safe place in which to live.”

Mayor Muoio recognized Commissioners James and Neering for their thoughtful leadership. She also expressed appreciation to Commissioner Shanon Materio (District-5) who had served as Commission President.

The event also included a musical performance by students from the Alexander W. Dreyfoos School of the Arts. They sang the National Anthem and “Blue Skies” composed by Irving Berlin and made famous Ella Fitzgerald.

The city sent heartfelt congratulations to Commissioners James and Neering.