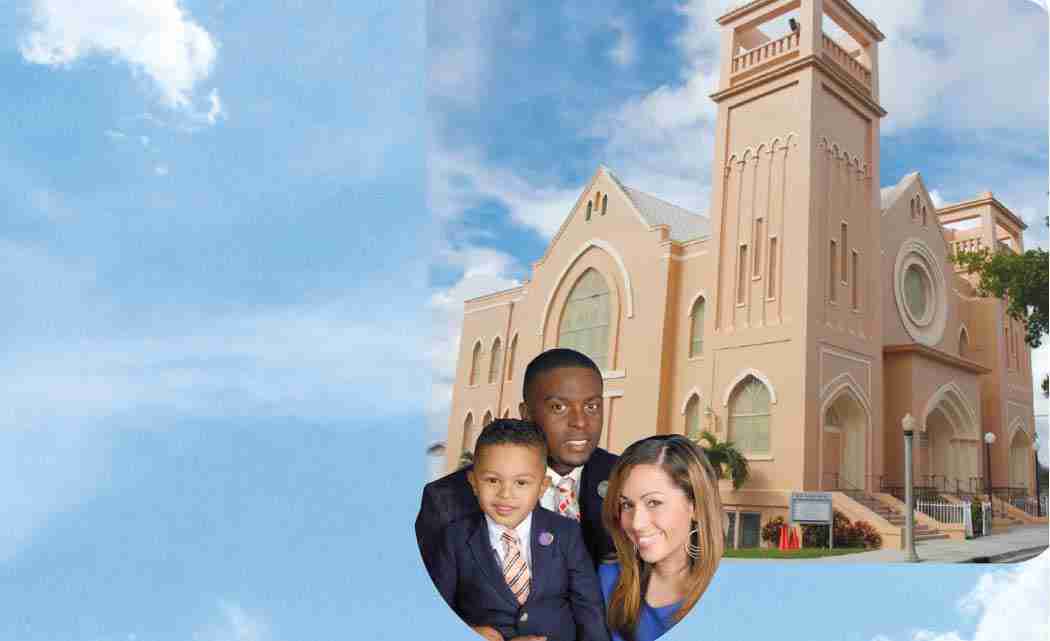 For the first time in years, church membership is up significantly. People around town are clamoring to get over to the church to hear Green preach. Many have heard that his sermons are fiery, yet personable, and that he has brought a renewed vigor to the church, previously known for its older congregation and its staunch traditional ways.

In the little more than a year since Green became pastor, he has implemented many changes at 121- year old Payne Chapel, most notably bringing it up to 21st-century standards. The church is now on Facebook, has Wi-Fi, TV screens and a radio ministry. The beautiful edifice recently was painted for the first time in many, many years. Structural changes have been made as well.

Significant change in the church’s giving and outreach also have been apparent, as Green has given scholarships to those in need, and the church has made numerous donations to area organizations to help beef up the community.

But the biggest change has been the pastor and his passion and vision for the church. At a mere 30 years old when he took over in late 2013, he brought an energy and excitement that the church hadn’t experienced in decades. Some members of many years are excited about their new pastor and are embracing the changes.

Morris Bell of West Palm Beach, a member of the church for 38 years, says it’s an exciting time for Payne. “He is very energetic, ”he said of the pastor. “It’s exciting because he has a vision and we, as church members have linked up with his vision. I love the changes he has made, because you can see the results. The proof is in the pudding. What he is doing, works. We have a lot of testimonies of how God has opened up many doors for us,” said Bell, who is steward pro-tem at the church.

Daisy Lanier, retired secretary at the church, and also a steward and president of the Pastor’s Aid Board, has been a member since 1987. She, too, has seen pastors and changes come and go, but concurs with Bell that things have changed for the better.

Green himself “would like to bring the church into what we call ‘tomorrow,’ and to move it to a church that looks toward the future,” the pastor said in a telephone interview. “We want to be in a position to minister to what is to become. We want to minister to all people.”

The 31-year old preacher recognizes that he has brought youthfulness to a church that’s known for its tradition and older membership, but so far, the members have embraced him.’ I have a different kind of energy,” he said, “and the congregation feeds off that energy.”

Green says he is not abandoning tradition at Payne Chapel. “I don’t think that tradition is something we have to break from. It’s a great part of our culture. I am a lot younger than the congregation but I love to bring what’s new and mix it with the old,” he said.

Whatever the style, Bell said, everyone seems to love it, as well as the fact that Green, who comes from a line of preachers, bishops and clergy, is approachable and doesn’t place himself on a pedestal.

Green recently was interviewed by a local TV station while marching with protesters over the killing of unarmed African-American men in Ferguson, Mo. and New York. He and other local ministers showed they are not backing away from social justice issues.

Green said he wants to effect change not only in the church, which is located in the heart of the inner city, but also the surrounding community. He has given college scholarships to deserving students and donated $1,000 or more to community organizations including the YWCA, Sickle Cell Foundation, Sojourners Cancer Awareness organization, and the nearby U.B. Kinsey Elementary School of the Arts.

The numerous donations over the past year have been made because he believes in tithing of monies the church has raised, Green said. The church has had three major fundraising initiatives and he has tithed into the community based on the funds collected.

“It’s important that we tithe back a lot of the money that we raise,” he said. “We give 10 percent of what we raise. We hope to get the people excited about tithing and making contributions.”

Next post My word for the New Year? Peace