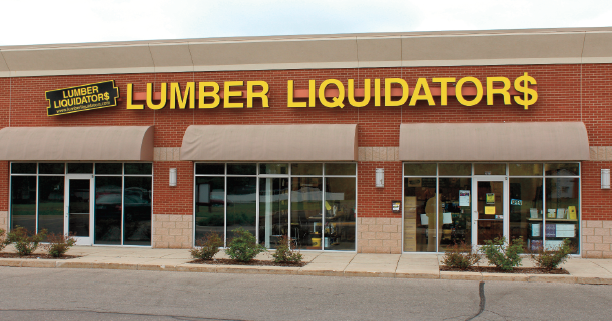 NEW YORK – Lumber Liquidators’ stock plunged Monday as the Centers for Disease Control and Prevention now says people exposed to certain types of the company’s laminate flooring were three times more likely to get cancer than the agency previously predicted.

The CDC said that in its original report it had used an incorrect value for ceiling height. It said that resulted in health risks calculated using airborne concentration elements about three times lower than they should have been.

Lumber Liquidators said in a statement Monday that it has strengthened its “quality assurance procedures,” such as testing sample products. The company stopped selling Chinese-made laminate floors in May, a few months after CBS news show 60 Minutes reported that those floors contain high levels of the carcinogen formaldehyde. Lumber Liquidators, based in Toano, Virginia, also began providing customers with free air quality tests.

Shares of Lumber Liquidators Holdings Inc. slid $2.38, or 16.8 percent, to $11.78 in morning trading Monday. Its shares have fallen almost 83 percent over the past year.