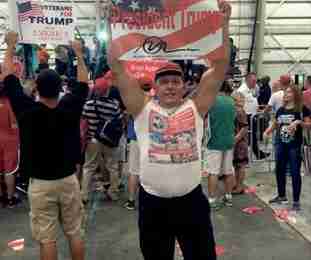 FORT LAUDERDALE, Fla. (AP) – Thirteen years ago, mail bomb suspect Cesar Sayoc traveled the country leading a mixed-race troupe of male exotic dancers – he ran scams and had a temper, but a fellow dancer who is African-American said he never expressed racism or homophobia.

Years later, working as a pizza driver, Sayoc would often express hatred for minorities, Jews and gays, his manager said. He drove a van plastered with stickers supporting President Donald Trump, criticizing media outlets and showing rifle crosshairs over liberals like Hillary Clinton and filmmaker Michael Moore. But she kept him around, even though she is a lesbian, because he was honest, dependable and never got into fights. Why Sayoc changed so radically over the years remains a mystery, but to those who that he did.