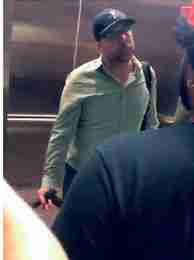 TALLAHASSEE, Fla. – An arrest warrant has been issued for a man in Florida who flashed a gun while trying to prevent four students from getting on an elevator with him at an apartment building.

The Tallahassee Democrat reports that the Tallahassee Police Department last Friday issued the warrant for Don Crandall for improper exhibition of a firearm.

Crandall, who is white, was videotaped trying to stop a group of mostly-African American young men from entering an elevator at the building, claiming they didn’t belong in the building without a key. The men were students at Florida A&M University.

After the video went viral, Crandall was fired from his job as a hotel manager.

Next post Echoes of Anita Hill in #MeToo allegation against Kavanaugh