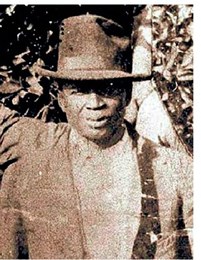 ORLANDO, Fla. – Almost 100 years after July Perry was lynched by a white mob after a friend tried to vote, a historical marker is being unveiled in Florida to honor him and dozens of other victims of one of the nation’s worst massacres of black Americans. Officials in Orlando were unveiling the historical marker Friday in a ceremony.

The 1920 Ocoee massacre began when Perry’s friend, Mose Norman, a prosperous black farmer, tried to vote in Ocoee, Florida but was turned away.

A mob of white men surrounded Perry’s home, believing Norman had taken refuge there. Perry killed two men while defending his house with a shotgun.

Perry was lynched, and the mob laid siege to the black section of Ocoee, killing dozens.

Next post Community efforts abound to save historic Roosevelt High