Mass shootings have Latinos worried about being targets 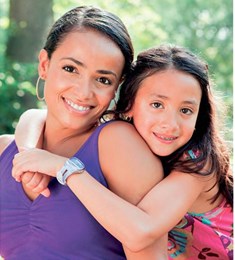 When Michelle Otero arrived at an art show featuring Mexican-American women, the first thing she did was scan the room.

Then she thought to herself: If a shooter bursts in, how do my husband and I get out of here alive?

Otero, who is Mexican-American and Albuquerque’s poet laureate, had questioned even attending the crowded event at the National Hispanic Cultural Center a day after 22 people were killed in a shooting at an El Paso, Texas, Walmart.

That shooting and an earlier one in California, killed nearly two Gilroy, dozen Latinos. The violence has some Hispanics looking over their shoulders, avoiding speaking Spanish in public and seeking out escape routes amid fears they could be next.

The events come against the backdrop of racially charged episodes that include then-candidate Donald Trump referring to Mexican immigrants as “rapists,” Trump, as president, referring to migrants coming to the U.S. as “an invasion” and viral videos of white people chastising Hispanics for speaking Spanish in public.

“It’s almost like we’re hitting a climax of some kind,” said Jennifer Garcia, a 23year-old University of New Mexico student originally from Mexico. “Some people, especially our elders, don’t even want to leave the house or speak Spanish.”

From Houston to Los Angeles, Latinos have taken to social media to describe being on edge, worrying that even standing in line for a Taco Tuesday special outside a food truck or wearing a Mexican national soccer team jersey might make them a target.

Although the motive in the Gilroy shooting is unknown, authorities say the El Paso shooting suspect, who is white, confessed to targeting people of Mexican descent. The suspect also is believed to have written an anti-Hispanic rant before gunning down mostly Latino Walmart shoppers with an AK-47-style rifle. The attack has rattled a city that has helped shape Mexican-American life in the U.S. for generations.

The manifesto included anti-immigrant and anti-Latino language similar to Trump’s.