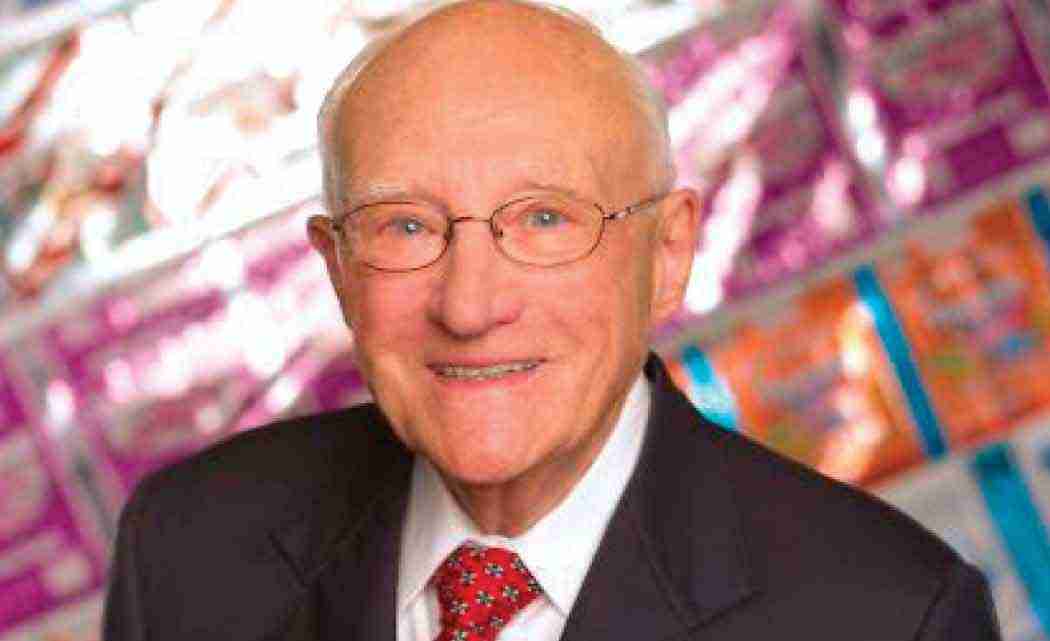 CHICAGO (AP) — Melvin Gordon, who helped turn the enduring popularity of the humble Tootsie Roll into a candy empire, has died. He was 95.

The longtime Tootsie Roll Industries Inc. chairman and CEO died Jan. 20 in Boston after a brief illness, said Brooke Vane, a spokeswoman for the company’s public relations firm. Gordon ran the Chicago-based confectioner for 53 years, overseeing the manufacture of 64 million Tootsie Rolls a day and other sweets including Junior Mints, Charleston Chews and Tootsie Pops.

The penny candy patriarch worked a full schedule until last month, the company said. He was the oldest CEO of a company trading on a major U.S. stock exchange, according to S&P Capital IQ.

Gordon celebrated the Tootsie Roll’s 100th anniversary in 1996 by touring the Chicago factory with an Associated Press reporter. He scooped up one of the warm, gooey candies from the assembly line and tasted it, saying: “There’s nothing like a hot Tootsie Roll.”

He boasted that Tootsie Rolls were almost indestructible.

“Nothing can happen to a Tootsie Roll. We have some that were made in 1938 that we still eat,” Gordon told the AP in 1996. “If you can’t bite it when it’s that old, you certainly can lick it.”

Tootsie Rolls were invented in 1896 by New York City candy maker Leo Hirshfield, who named it for his 5-year-old daughter, Clara, his little Tootsie.

Tootsie Pops, which are lollipops with Tootsie Roll centers, have been around for more than 80 years. A 1970 TV commercial posed the question: “How many licks does it take to get to the center of a Tootsie Pop?” The company says on its website that it’s received 20,000 letters from children claiming to have solved the mystery, and the gimmick has migrated to social media, where a bespectacled character named Mr. Owl tweets the question.

Tootsie Roll has been listed on the New York Stock Exchange since 1922. Gordon, a Boston native, married into the business in 1950 when he wed Ellen Rubin, whose father, William Rubin, was president of Sweets Co. Of America. Gordon changed the company’s name to Tootsie Roll in 1966.