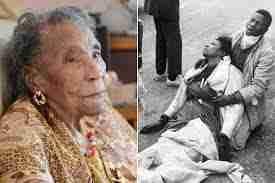 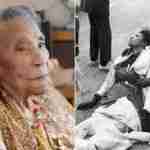 SELMA, Ala. (AP) – A weekend of remembrances is being planned for the late civil rights activist Amelia Boynton Robinson of Selma.

Boynton Robinson will lie in state at a church in Selma on Saturday morning, and a four-hour memorial service will follow.

Her remains will then lie in state on Sunday at the Tuskegee University chapel, followed by another memorial program.

The events continue into next week, with a celebration planned at the Edmund Pettus Bridge in Selma on Tuesday.

Boynton Robinson died in Montgomery on Aug. 26. She was 104 years old.

The woman was widely considered a mother of the civil rights movement in Alabama.

Boynton Robinson invited Martin Luther King Jr. to Selma in 1965, and she was among the demonstrators beaten by state troopers while marching to Montgomery.

Next post Man charged with pointing toy gun at deputy