Mexican police and soldiers in hot pursuit of escaped piglet 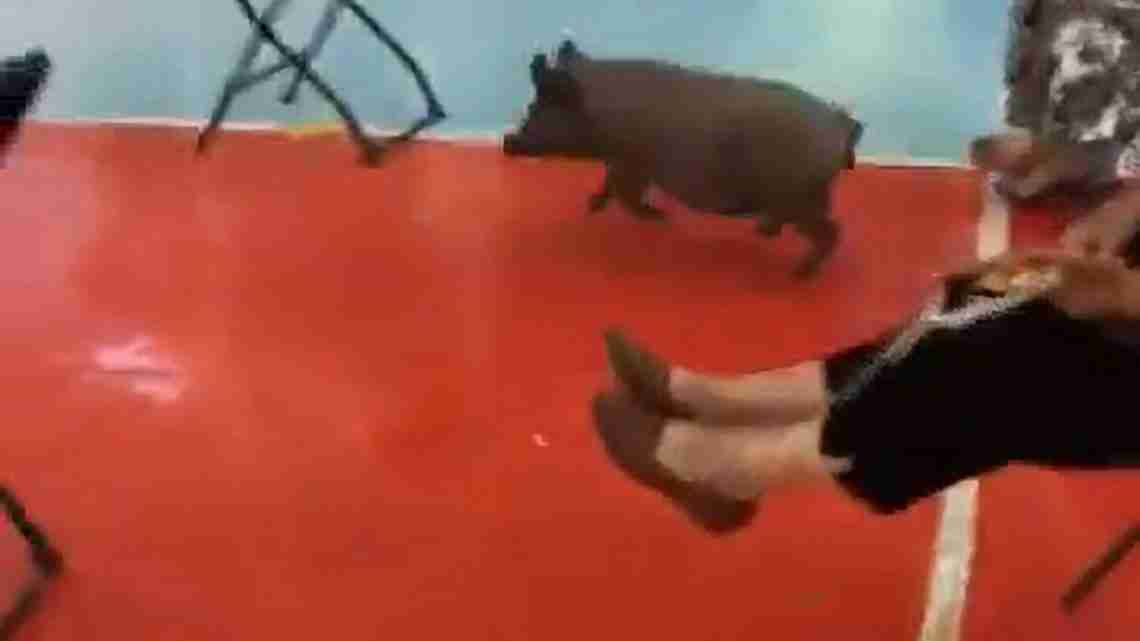 Police and soldiers chased a piglet after it escaped from a nearby zoo through a public area in the city of Culiacan in the northwestern Mexican state of Sinaloa.

Video released on Facebook by Culican’s Public Security and Municipal Traffic units showed them chasing the piglet as it ran around the room, sneaking between chairs as onlookers at the Civic Constitution Center laughed at their unexpected guest.

The Welfare Secretariat had taken over the sports recreation area to pay out the monthly pensions to the elderly.

The piglet had escaped from the nearby Culiacan Zoo, and staff there asked for help from the local police and the National Guard who chased after the piglet.

The elusive animal evaded capture at first, but was caught using a piece of cloth. It squealed loudly as it was carried away.

Culiacan Zoo was built in 1950 next to the Civic Constitution Centre and is home to around 1,400 animals belonging to more than 450 species including mammals, reptiles, and birds.

Next post Greyhound survives being beaten, tossed in river in a sack in Spain