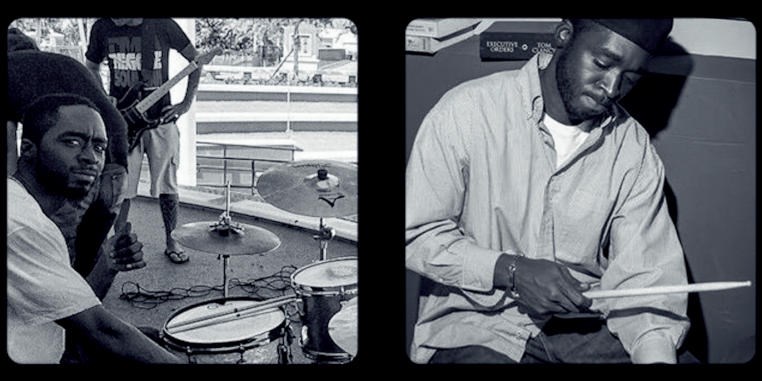 DELRAY BEACH, Fla. (Black PR Wire) – Musician, drummer, 32-years-old Corey Jones was coming home from a performance when his car broke down. While he waited on the side of the road, an off-duty police ofﬁcer approached.

Minutes later, Jones was dead. Bullets riddled his back as he lay on the side of Interstate 95 in Palm Beach Gardens, Fla. The cop, Nouman K. Raja, was convicted of murder.

Five years after Corey’s needless death, the pain lingers for the Jones family and all those who knew Corey. On Feb. 3, Corey Jones’ 37th birthday, writer/producer Jeff Mustard, under his media banner Equal Justice Studios, released “Keeping the Beat Alive,” a mini-documentary (9:53 minutes) in which the Jones family shares intimate details of the beautiful soul of the rising drummer/artist/musician, son, brother, uncle, nephew and friend to so many.

The year 2020 was, as many have said, unprecedented. “Unprecedented” is an appropriate adjective for many reasons, and not in the wonderful sense. Make what you will of the Trump administration and the absolute chaos that washed over America and its exhausted, weary, anxiety-ridden, and browbeaten citizens.

Then, there was the George Floyd Murder. Floyd’s death triggered and revitalized what would become one of the most signiﬁcant civil rights movements in the past 50 years.

The George Floyd murder also inspired TV and music writer/producer Jeff Mustard to write lyrics to a song reflecting on historical racism in the country. The twopart song, “Enough,” opens with a “400 years review of the African American enslavement experience.” Part 2 of the song, “Arrest, Death, Revolution,” is an in-theface, unflinching assault on the systemic racism that lurks just beneath the veneer of American culture and society at large.

“This song was an expression of my outrage of the George Floyd Murder,” said Mustard.

Going on to produce the song in Delray Beach, Fla., where he lives and where Jones worked for the City of Delray Beach, Mustard needed a rapper. By cosmic coincidence, he was introduced to Ethan Dangerwing. Dangerwing, known in music circles as The Vulture, is Jones’ cousin.

“It seemed not only remarkable,” said Mustard, “that the universe put Ethan and me together, but it made total sense to also dedicate this song to Corey, who, like George, was a black man killed needlessly by a police ofﬁcer.”

While shooting the music video in August on a Jones family farm in West Lantana, the production was covered by local South Florida television news. Wearing his "producer hat," Mustard had the idea to take the project one step further. Working closely with the Jones family, he initiated the notion that as Oct. 18 (2020) was approaching, the day Corey was shot, it would be the 5th anniversary of Corey’s death.

"I didn’t want this date to come and go without acknowledgment," Mustard said. “I approached the city of Delray Beach, and in rapid time, less than two months, working with the city commissioners, sought to have October 18th of every year dedicated as Corey Jones Tribute day.”

The city agreed. On Oct. 16 there was a news conference where the Jones family was presented with an ofﬁcial proclamation. National civil rights attorney, activist, and Corey Jones attorney, Benjamin Crump, provided a moving 3-minute video shown during the conference. Crump eulogized Corey’s life, recognized the cultural and ethnic challenges facing the country today, and lauded the overarching value and purpose of the mini-doc in today’s environment of racial injustice.

“As we were shooting the music video,” said Mustard, “various members of the Jones family were present.” Recognizing the precious but highly sensitive moment, and unique opportunity, Mustard broached the idea of interviewing key family members and acquaintances.

“They agreed,” said Mustard, who added that “this was a way to not only pay tribute to Corey, but to get these extraordinary insights into the life, soul, and spirit of this exceptional young man.”

Mustard pointed to another cosmic coincidence that has propelled the George Floyd/Corey Jones Project from the beginning, which leads to the timing for the release of “Keeping the Beat Alive.”

“Putting Corey’s mini-doc out there now, at this time, could not be more appropriate than on Corey’s birthday, which also coincides with Black History Month,” Mustard said.