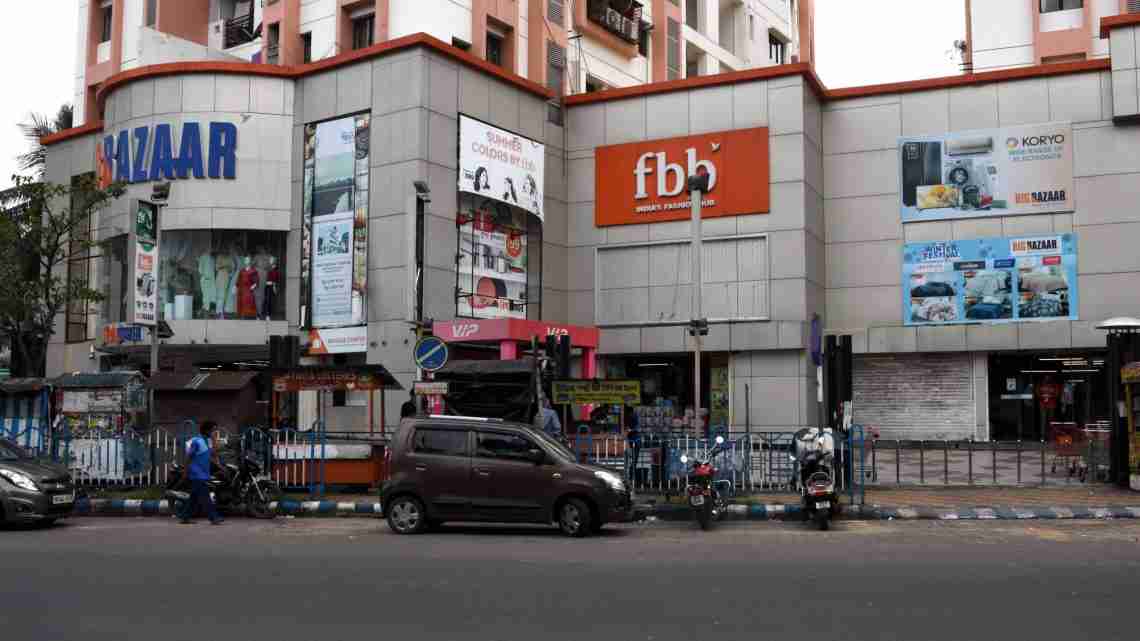 KOLKATA, India — India’s biggest conglomerate, Reliance Retail, has acquired one of the oldest retailers in the country, Future Group, which owns the popular supermarket brand Big Bazaar. But its biggest competition now is not Walmart or Amazon, but the country’s 13 million small grocers.

Reliance bought Future Group for INR 24,713 crore ($3.3 billion), salvaging it from a debt burden exceeding INR 19,000 crore ($2.6 billion). With this, Reliance, led by India’s richest man, Mukesh Ambani, has inched toward its aspiration to dominate the retail market in India, where it competes with Amazon and Walmart.

“After the acquisition, Reliance will be able to corner about 4 percent of the organized retail market in India, adding to its rough 12 percent market share in the segment,” said Ankur Bisen, senior vice-president, retail and consumer, at Technopak, a management consulting firm.

With this acquisition, Reliance Retail has nearly doubled its presence in India in terms of space.

“This is a major consolidation in the organized retail sector in India,” said Raghwendra Pande, executive vice-president of ICICI Securities, a subsidiary of ICICI Bank. “It is very positive for modern retail and will result in the emergence of stronger players with growth capital to grow the business. “The retail sector needs growth capital for investment in the supply chain, logistics, back end and front end. This will help smaller merchants grow their businesses.”

Reliance’s biggest competition now, however, is from the unorganized retail market.

The bigger competition is in the food and grocery segment, which accounts for nearly 65 percent of wallet spend in retail, data from Redseer says. The share of organized retailers in this segment is less than 4 percent.

At its annual general meeting in July, Reliance announced its grand plans for the business-to-business platform, JioMart. Reliance offers to connect small stores — popularly known as “kiranas” in Hindi — with customers as well as wholesalers digitally in one platform. It offers to convert kiranas into self-service stores in less than 48 hours.

Customers can place orders on WhatsApp and get connected with the nearest kirana. In places without kiranas, Reliance Retail outlets would provide groceries to customers.

Amazon and Flipkart have also been grabbing a piece of the unorganized retail market.

Gopal Pillai, vice president, seller services, of Amazon India, wrote in a blog post on April 23: “Additional investment of  $1 billion to digitally enable 10 million micro, small and medium businesses in the country by 2025, including artisans, manufacturers, retailers and local shops.”

Within a fortnight of Reliance announcing its plans about JioMart, Flipkart said its wholesale unit will acquire Best Price, the cash-and-carry business of parent company Walmart India.

Despite the big money that is expected to flow into the Indian retail sector, market observers believe small grocers will rule the market for some time.

“Winner takes all is something that we never witness in retail,” said Kumar Rajagopalan, CEO of the Retailers Association of India. “Creation, innovation and consolidation are the way forward for any industry to grow.”

Particularly in the food and grocery segment, “we will see all the players grow in their own strength,” said Bisen. “India is not a mature market and they (the multinational corporations) will compete with the unorganized market and not among themselves.”

“The demography of India is such that there is a place for all formats of retailing, including small retailers,” said Pande of ICICI Securities. “We would have to open doors as we are doing gradually to Walmarts and other retailers of the world.

“It would be really good that we have few large retailers competing with global standards to offer the best product and prices to the consumers. The neighborhood stores have their own identity and will remain and also evolve or join hands with the large retailers if it is good for their growth.”

The post Mom-and-Pop Stores to Give Reliance a Run for Its Money appeared first on Zenger News.