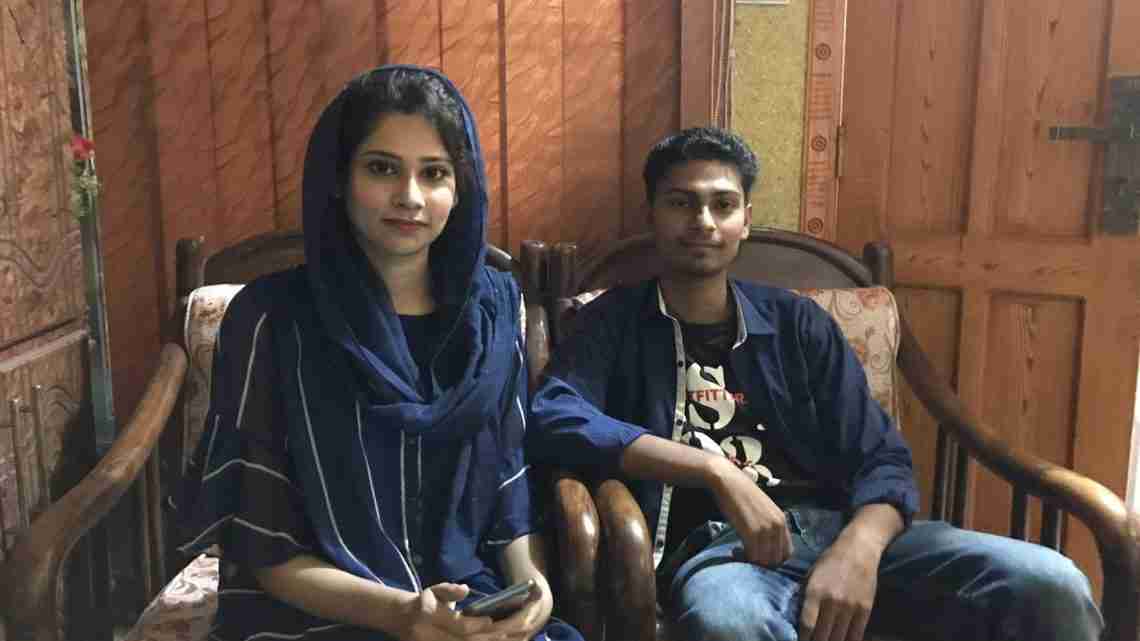 In Pakistan’s Punjab province, the city of Jhang is famous for the graves of the legendary ill-fated lovers, Heer and Ranjha, who were condemned to die after going against their families who opposed the match. Now, the city is in the news again for another pair of lovers, but this time, the story has a happy ending.

Sohaib Ahmed, 23, who is from Jhang but now settled in Islamabad, has made history, at least in Pakistan, by giving a plot of land on the moon to his bride, Madiha Sehar, 26.

“We knew each other for quite some time before we got married in February,” said Ahmed. “After marriage Madiha asked me for a unique gift but I just could not think of any.”

Finally, the idea of a one-of-a-kind gift came from a tragedy in neighboring India.

“We were watching a program on Bollywood actor Sushant Singh Rajput who had died under mysterious circumstances and there was a mention of a powerful telescope at his home,” said Sehar. “It was later revealed that he used it to survey the plot he had bought on the moon.”

And that was when Sehar half-jokingly asked Ahmed to buy her a plot on the moon — the unique gift she was waiting for.

Rajput, who shot to fame after playing the role of former Indian cricket captain Mahendra Singh Dhoni, claimed that two years ago he had bought a piece of land on the far side of the moon in a region called the Mare Moscoviense, or the Sea of Muscovy.

The actor owned a telescope with a capacity that allowed him to keep an eye on his piece of lunar real estate from his home on Earth.

Ahmed soon started doing research on how Rajput had managed to buy his lunar plot.

“I finally found the International Lunar Lands Registry and after going through the website, I decided to buy a one-acre plot on the moon,” he said. It turned out to be an easy process and cost him $45.

Ahmed claims to be the first Pakistani to own a lunar plot.

Initially, due to the pandemic, there was no response from the Lunar Lands Registry, and he thought it was a scam. But eventually he received the land deed in the form of a PDF file with the promise that the hard copy would be sent soon.

The Lunar Lands Registry website makes lofty claims that the company is “crowd-funding a unique program to return humans from around the world to the Moon. We will build permanent residences, tourist facilities, research centers and develop Luna’s natural resources, while also respecting and preserving its incredible beauty.”

The company offers lands in the Lake of Dreams, Sea of Tranquility, Sea of Vapors and so on.

Ahmed bought land at Mare Vaporum (Sea of Vapors) where, the website claims, there are “Breath-taking vistas and a prime location and at a terrific price! The Sea of Vapors has everything the smart lunar property shopper seeks! Add the beauty of nearby Crater Manilius, a distinctive center-of-the-Moon location.”

The document package includes a detailed digital photograph from the Lunar Orbiter database that shows the exact location of the property tract. The document says that his property record is permanently recorded by the International Lunar Lands Registry in its annual publication, which is copyrighted and deposited at the U.S. Library of Congress and with international patent and trademark offices, including in the UK, Japan, Russia and the United Nations.

However, in spite of all these impressive details, the fact remains that no one can legally buy a piece of and on the moon.

H. Paul Honsinger, the late science fiction author, settled the question in a reply to a Quora question: “You can’t. No one can.”

He said that there are several international treaties that address this subject, the most important being the Treaty on Principles Governing the Activities of States in the Exploration and Use of Outer Space, Including the Moon and Other Celestial Bodies, signed on Jan. 27, 1967.

“The Outer Space Treaty says that no nation can exercise sovereignty over any body in outer space, including the moon. No private person can own property and freely exercise rights of ownership under the law unless that land has been first legally claimed by some sovereign and unless that sovereign has established a legal system that recognizes and protects that ownership. So, save your money to buy that beautiful oak tree-shaded plot in the Texas hill country, because you simply can’t own acreage on the moon.”

So, while what Ahmed and Sehar own is likely just a dream, Sehar is impressed, and that is what matters to her husband.

“In South Asia, the ultimate promise a lover can make is ‘tumharay liye chand bhi lay ayoon ga’ (I will bring the moon for you). And my ‘Ranjha,’ literally, did,” she said.

Not everyone, however, is as impressed by her husband’s gesture.

Sana Naqvi, 24, who lives in Karachi and is getting married early next year, said, “It is sweet that he decided to give his wife a piece of the moon, but it is nothing less than a publicity stunt.

“Would I ask my hubby to gift me a lunar plot? Well, only if it is a good investment!”