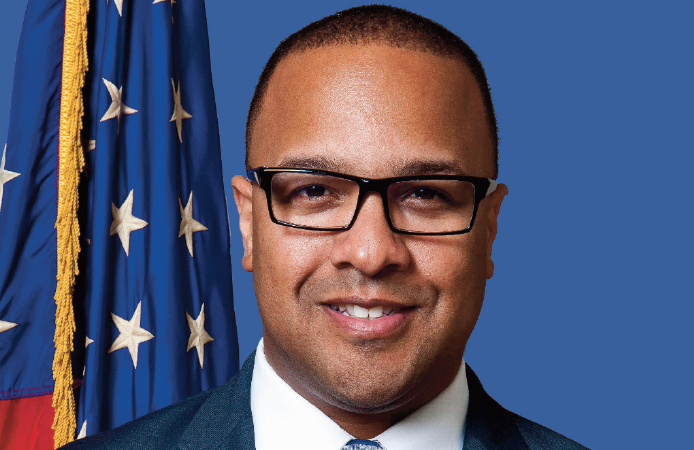 After graduating from Morehouse College, Cassius Butts contemplated attending law school, graduate school or the seminary. He decided on graduate school and earned his Master of Public Administration from another HBCU (Historically Black Colleges and Universities), Clark Atlanta in 2002.

Since then, he has been making a name for himself in the world of business and in 2011, was appointed by President Obama as a regional administrator responsible for overseeing Small Business Administration (SBA) programs in Alabama, Florida, Georgia, Kentucky, Mississippi, North Carolina, South Carolina, and Tennessee.

Named after Muhammad Ali before the boxing champ changed his name from Cassius Clay, Butts, 44, has been instrumental in the SBA programs under his authority experiencing two record-breaking years for SBA Lending in Region IV; surpassing $7.7 billion in SBA-backed loans to small businesses within the aforementioned eight states.

“This past fiscal year was important for us because in the region, we backed $5.5 billion in small business loans. And we accomplished something in Florida that we have never accomplished, which was $2 billion in loans,” Butts told the South Florida Times. One of the SBA programs that served as a channel for the increased loan payouts was the CDC/504 Loan Program, which provides financing for major fixed assets such as equipment or real estate.

He counts his mother, who was the first recipient of national accreditation in Florida, and former Atlanta mayor, Maynard Jackson as major influences. As a mentee of Jackson, Butts said he wrote his graduate school exit paper on Atlanta’s equal business opportunity program; a program that “made certain that persons of underserved communities participated in products and services that the city had to offer,” he explained.

His experiences at Morehouse and Clark Atlanta also inform his work.

“Coming from two HBCUs, I wanted to make certain that we were preparing our students for the entrepreneurial world. (The SBA has) Strategic Alliance Memorandums with HBCUs, all of them, we have a relationship with them. We provide education and counseling,” he said of the partnership that includes agreements with Florida’s four HBCUs, Florida A & M University, Edward Waters College, Florida Memorial University and Bethune Cookman University, the first HBCU in the nation to partner with the organization.

Prior to joining the SBA, Cassius was employed as one of three Chiefs of the Real Estate Owned Division within the U. S. Department of Housing and Urban Development where he began his federal career as a Presidential Management Fellow in 2002. Previous to his civil-federal career, since 1992, Cassius has worked in leadership positions for Nations Bank, Fleet Bank and Bank of America (MBNA).

He has also walked the small business walk. As a small business owner and consultant, he co-founded CB Consulting Group, LLC, which primarily offered entrepreneurial strategy and community engagement services.

Butts has a message for people interested in entrepreneurship: “Stay encouraged and know that you don’t have to go into business alone,” he shared. “We’re here to do anything we can do to help you start or grow or take your business to the next level.”

Ricky Brantley followed Butts’ advice. In early 2008, Ricky and his wife Annette started Viking Defense, Inc. with the help of a family relative. After leaving pamphlets on car windshields, visiting construction sites, and making phone calls did not produce the results he hoped for, Brantley attended a business workshop presented by the local Miami SCORE Chapter that he learned about from an email. It was a turning point for Viking Defense, Inc.

“I wanted to grow my business by getting larger contracts and with Miami-Dade County, but I lacked the working capital. I went to the SCORE workshop and met Marjorie Weber, the chapter chairperson.   Within two weeks, she helped me secure a $50,000 loan from the Miami Bayside Foundation, a local non-profit organization that helps build small business in Miami-Dade County,” said Brantley.

Butts wants to see more business owners experience the kind of success that Brantley has experienced. His passion for helping small businesses is palpable. “We want more and more people to know (about our services and products,)”Butts said. “We want to help them to take the next step. President Obama has put us in position to help spread the word.”

Next post In court fight, Democrats pressure Republicans at home