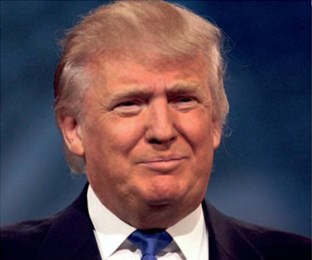 WASHINGTON (AP) – More than half of Americans say President Donald Trump has made race relations worse during his time in the White House, and more than two-thirds believe it has become more common for people to say racist things since he won the White House.

This is according to a Pew Research Center poll released Tuesday that asked Americans their feelings about race in the United States.

Almost 3 out of 5 Americans, or 58%, say race relations in the U.S. are generally bad, and 56% of those in the Pew Research Center’s “Race in America 2019″ survey said Trump has made race relations worse.

Only one-fourth, or 25%, said former President Barack Obama, a Democrat and the country’s first black president, made race relations worse.

Roughly two-thirds of Americans, or 65%, also say it has become more common for people to express racist views since Trump took office.

“One of the key takeaways is that Americans have a negative view of the country’s racial progress and the current state of race relations,” said Juliana Menasce Horowitz, Pew’s associate director of research and one of the report’s authors.

Trump, a Republican, has been dogged by racial turmoil during his time in office, including the deadly violence in Charlottesville, Virginia, dur ing a protest against a Confederate statue and the administration’s reaction to illegal immigration at the United States-Mexico border.

But the White House says Trump has regularly denounced racism.

“The president has been incredibly clear and has consistently and repeatedly condemned hatred, bigotry, racism in all of its forms whether it’s in America or anywhere else,” White House press secretary Sarah Sanders said last month.

There were major differences in how people of different races answered questions about race in the United States.

The gulf increased when Americans were asked whether the country has gone far enough in giving black people rights equal to those of white people.

Overall, more than 2 in 5 Americans, or 45%, said they believe that the United States hasn’t gone far enough, but 78% of black people agreed with that while only 37% of white people thought that statement was true.

Only 7% of white people thought it was unlikely that black people would achieve racial equality.

“One of the takeaways from this is how different people’s perspectives on race are in the United States, how people bring their own experiences into these questions and how divided this country is by race and by (political)