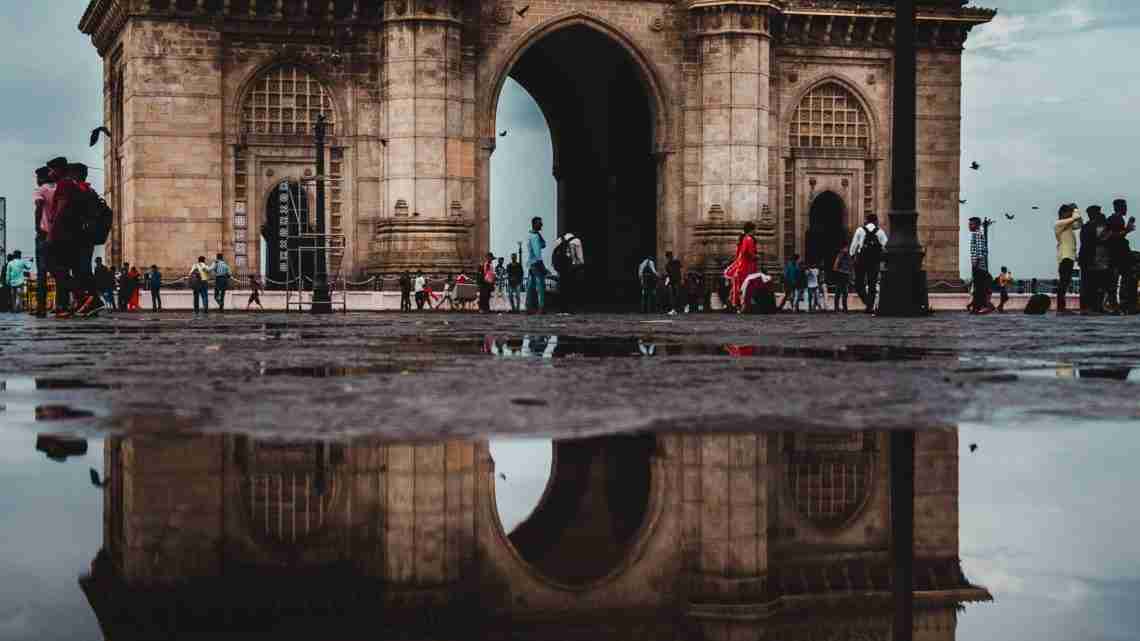 Mumbai, India’s financial capital, received one of the heaviest showers of this year’s monsoon on Sept. 23, recording 286.4 mm (11 inches) of rainfall.

“Mumbai is on yellow alert as of now,” said Shubha Bhute of the India Meteorological Department, (IMD).

The department issues color-coded alerts from green (no action) to red (extreme rainfall, take action). Yellow calls for authorities to remain on guard in case of a disaster.

Wednesday’s figures were the fourth-highest daily numbers since 1974, according to the IMD. Rainfall between 115.6 mm and 204.4 mm is considered very heavy, and more than 204.5 mm (8 inches) is extremely heavy.

The rain resulted in water-logging throughout the city, affecting daily traffic and railway transport. The functioning of the city’s railway network was severely impacted. All three of the city’s main lines — the Central, Western and Harbour — were affected. A few locations reported 11 inches to 29 inches of water above the track levels.

“The Central Railways stopped functioning since 5 a.m. this morning,” said Shivaji Maruti Sutar, the railways’ chief public relations officer. “In the evening, certain routes opened but water-logging continued to affect the schedules. Interstate trains leaving the city, too, were rescheduled.”

By 8:30 p.m., services of the Western Railway in Mumbai resumed as water on the tracks receded.

Iqbal Singh Chahal, Mumbai’s municipal commissioner, appealed to the people to remain indoors and requested that nonessential businesses halt operations till until the rain subsided.

“The Mumbaikars are requested not to venture out of their homes,” the local authority tweeted. Aaditya Thackeray, the state’s minister of tourism and environment, tweeted that parts of the city had received over 83 percent of the annual normal September rainfall in less than 12 hours.

The city’s bus services — provided by the Brihanmumbai Electric Supply and Transport  — were diverted on nearly 100 routes across the city and suburbs due to water-logging at 29 places. More than 30 buses were stuck around the city in traffic jams caused by the downpour.

While the incessant rain affected all services and areas, some were worse hit than others. In Kranti Nagar, Kurla, on the banks of the Mithi river, approximately 50 people were evacuated by the local authority.

In another part of the city, Agripada, in South Mumbai, two security personnel were trapped and drowned in a flooded lift in a building’s basement.

The Covid-19-designated Nair Hospital struggled with its operations as water seeped into its premises. Even the Bombay High Court suspended its virtual hearings for the day.

A minor landslide was reported at the Khareghat Parsi Colony at Pedder Road in South Mumbai. A 10-foot retaining wall collapsed. The mud from a hill slipped into some homes on the ground floor of a building in the colony.

“We woke up at 5:30 a.m. and saw the windows smashed in one of the bedrooms,” said Shanaz Khodaji, whose house on the ground floor at the Khareghat Parsi Colony was affected. “The room was filled with mud. I called the police and soonthe fire brigade and senior BMC [local authority] officials arrived.”

Temporary solutions have been used to contain the damage caused by the landslide.

The problem of heavy rainfall in Mumbai during the monsoon, accompanied by severe water-logging and traffic snarls, occurs every year.

While the IMD said the incessant rain is expected to continue, officials from the department said the downpour would soon reduce to light showers.

The Brihanmumbai Municipal Corporation  — the city’s civic governing body — and the Municipal Corporation of Greater Mumbai (MCGM) have installed 60 automatic rain gauges at 58 locations. Of these, 60 transmit rainfall data to the disaster control room of the MCGM every 15 minutes. The local authority reported the city’s rainfall at 328.9 mm (12.9 inches) in the last 24 hours.

Officials warned the city will receive showers in varying intensities until Sept. 28.

Vijay Wadettiwar, Maharashtra relief and rehabilitation minister, announced that five teams of the National Disaster Response Force are on standby in Mumbai, Thane and Palghar districts.