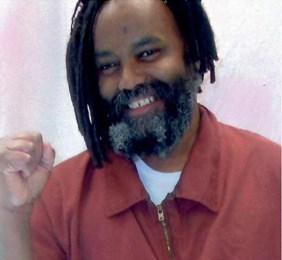 PHILADELPHIA (AP) – A court ruling has put the police murder case of former Black Panther Mumia Abu-Jamal back in the spotlight years after it drew the attention of Amnesty International, Hollywood celebrities and death penalty opponents worldwide.

Abu-Jamal, a one-time taxi driver and radio reporter, emerged over four decades in prison as a vocal critic of the American justice system, especially the racial bias he saw at the heart of his 1982 trial, after a jury convicted him of killing patrolman Daniel Faulkner, who pulled over Abu-Jamal’s brother during an overnight traffic stop in downtown Philadelphia on Dec. 9, 1981.

Judge Leon Tucker’s ruling follows a 2016 U.S. Supreme Court finding that former Pennsylvania Chief Justice Ronald Castille had been wrong to hear a death-penalty appeal that had come through his office when he was Philadelphia’s district attorney from 1986-1991. Castille had done the same in Abu-Jamal’s case.

Tucker, in a 37-page opinion, said Abu-Jamal’s appeal should be reargued by the current state Supreme Court based on the briefs his lawyers filed at the time. “The slightest appearance of bias or lack of impartiality undermines the entire judiciary,” Tucker wrote.