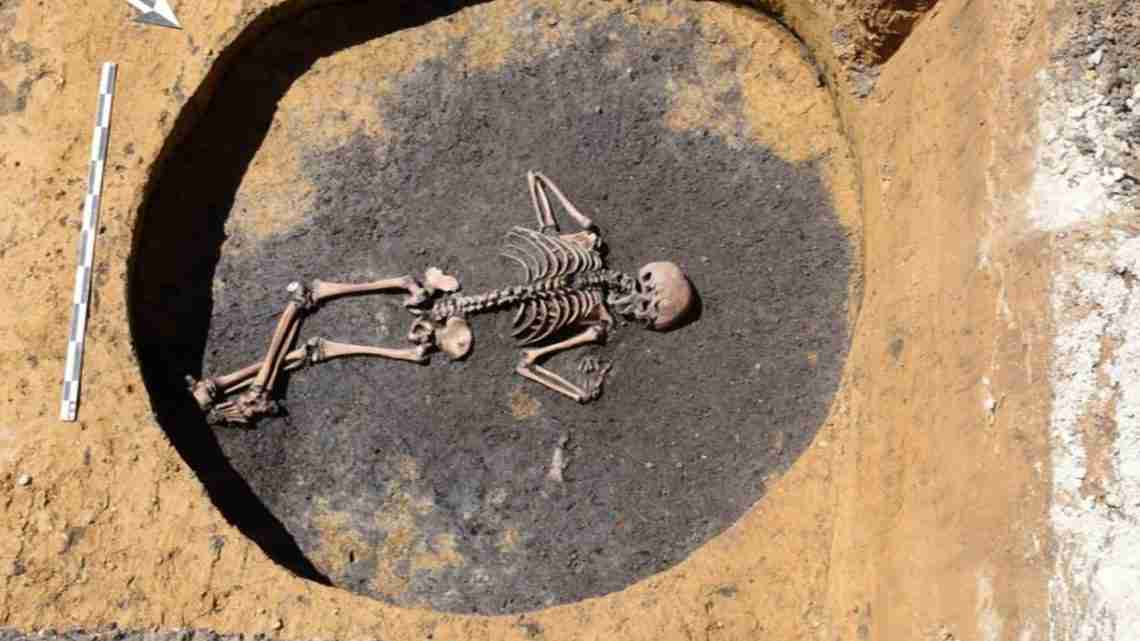 NORDLINGEN, Germany — A murdered boy’s skeleton has been found almost perfectly preserved after nearly 2,500 years in a waste pit in Germany. Archaeologists were alerted to the find during construction work on a new pipeline trench.

Anthropologists studying the boy believe he was between 9 and 12 years old when he died, some point during the Celtic period (between 480 and 100 B.C.). Based on multiple club wounds to his head, authorities believe he was murdered.

“There is a significant oval wound on the left skull, which is most likely the result of a blunt trauma and not an accidental injury. This means that it is very likely  the boy was killed,” Bavarian State Office for Monument Protection spokeswoman Juliane Grimm-von Wedemeyer told Zenger News.

The child’s body was found face down in a pit of municipal waste in the historic-walled Bavarian town of Nordlingen, surrounded by animal bones and mussel shells.

Based on current knowledge about the Celts, historians say the boy was likely a slave who may have been killed for several reasons, including getting caught up in a military raid or simply for being sickly.

“The child was 125 to 130 centimeters (just over 4 feet) tall and must have done intensive physical work during his lifetime,” said Grimm-von Wedemeyer.

“This is shown by the pronounced muscle attachments of his right arm. In addition, porous spots on the eye sockets indicate longer periods of malnutrition; the right tibia also shows signs of inflammation; and the remaining milk teeth were heavily worn and show tartar and periodontitis. In addition, his first two upper incisors show signs of wear and it is possible that the boy used them regularly as tools or for holding instruments,” she said.

Scientists plan further analysis to find out more about the boy’s diet to confirm his social status.

Archeologists also found traces in the area of the first farmers on the Ries from so-called line-band pottery from the second half of the 6th century B.C., as well as the remains of a Celtic settlement, including the extension of a larger ditch which probably surrounded the settlement and also provided drainage.

The pit is believed to have been a granary storage facility before it was used for trash.

A similar discovery was made in 2006 during an excavation in Unterpleichfeld, located in Wurzburg, where the bodies of a man with bound hands, a child and a woman were found thrown into an earth pit used for rubbish.