NATION Black church the oldest in the nation has been restored 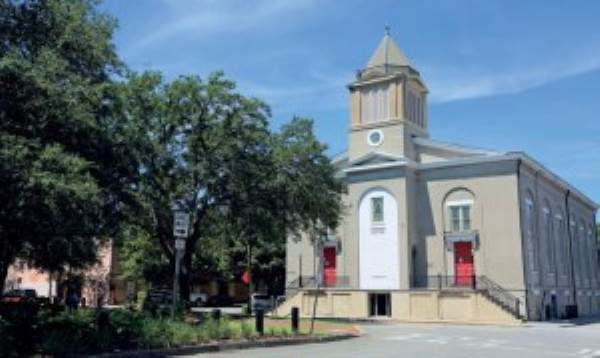 Savannah, Ga. (AP) – A 160-year old church believed to be the oldest black church in the United States and built by enslaved Africans has been restored to a version of its former glory.

It cost nearly $600,000 to repair numerous issues, the Rev. Thrumond Tillman said. The church, a National Historic Landmark, was organized in 1773, according to the website, which says the church gained a pastor in 1775 and a congregation two years later. The sanctuary was completed in 1859.

Some historic pieces were left untouched during the restoration, such as the pews the church says are carved with West African Arabic script, one of the earliest forms of writing.

The original sanctuary still is dotted with holes that were arranged in the shape of an African prayer symbol of life, death and rebirth, according to the church’s website. It was those holes that allowed runaway slaves to breathe as they traveled along the Underground Railroad and stopped at the church, according to the newspaper.

The church would continue to play a central role in Savannah’s black community, later acting as a meeting place for civil rights activists, including pastors who took part in sit-ins and marches.

Sheila Jackson’s father, the Rev. Curtis J. Jackson, led the church between 1957 and 1961, during which she says she spotted the writing that she later identified as West African Arabic script. That moment of realization made her appreciate the church.

“First African is much more than a church building,” said Jackson, who now lives in Atlanta. “It was built by slaves, it was part of the Underground Railroad, and it served as the foundation for the civil rights movement in Savannah. It tells the story of who we are as a people.”

The congregation turns 242 on Thursday and is set to celebrate the birthday with four days of events, including a movie night and worship on Sunday morning.

Next post ‘We must act;’ Democrats unveil Trump impeachment charges