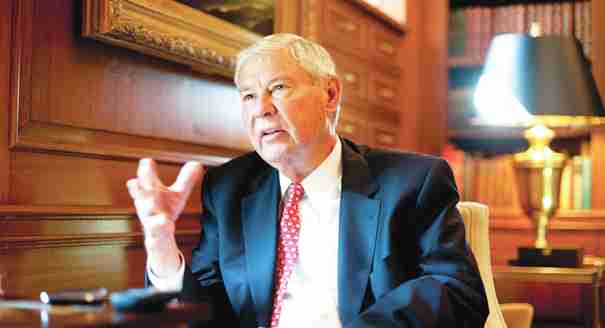 FT. LAUDERDALE, Fla. Armed with subpoena power granted by a federal judge, thousands of 9/11 victims suing Saudi Arabia have told the FBI to hand over long-hidden records, including an uncensored copy of a startling 2012 summary report about an investigation of an apparent coconspirator of the suicide hijackers.

The subpoena, served last week, commands the FBI to produce the documents on May 17 at the Washington, D.C. office of Cozen O’Connor, one of several plaintiffs’ law firms in the sprawling New York-based civil case.

Nevertheless, the FBI may withhold or redact documents subject “to credible assertions of privileges recognized under the common law” such as trade secrets. If they do, however, the bureau must provide what’s known as a “privilege log” containing enough detail about what has been withheld – like a report’s date and author, its general subject matter and the basis for withholding it – to allow an evaluation of the asserted claims of privilege.

Lawyers at a Thursday hearing in New York indicated that more subpoenas for records or testimony will be issued within two weeks to, among others, the Kingdom and the U.S. State Department, according to a transcript of the proceedings.

The FBI has been a zealous guardian of its records about PENTTBOM, the code-name of its investigation into the Sept. 11, 2001 terrorist attacks on New York and Washington that killed nearly 3,000 people.

Seventeen years later, tens of thousands of FBI records are known to be under lock and key for often unexplained reasons. Even many documents provided to Congress during its Joint Inquiry into 9/11 and to the subsequent 9/11 Commission remain classified in whole or in part.

In late 2016, the FBI released to Florida Bulldog a heavily censored copy of the Oct. 5, 2012 FBI summary report amid ongoing FOIA litigation that seeks access to records of the 9/11 Review Commission, also known as the Meese Commission for its best-known member, former Attorney General Ed Meese. The FBI cited national security, privacy and other reasons for redacting the document. But the parts of the report that were released helped keep the 9/11 victims’ claims alive.

The report describes how in late 2012 federal prosecutors and FBI agents in New York were targeting an apparent U.S. support network for two of the 9/11 hijackers – Saudis Nawaf al-Hazmi and Khalid al-Mihdhar – who were among the five terrorists who crashed American Airlines Flight 77 into the Pentagon. Specifically, the report says authorities were actively looking to charge a suspect with providing material support to the 9/11 hijackers and other crimes.

The four-page report was a stunner. Former Florida Sen. Bob Graham, co-chair of Congress’s Joint Inquiry, said, “It’s to the contrary of almost everything the FBI has produced so far that has indicated that 9/11 is history.” And Sean Carter, the Cozen O’Connor attorney who signed the subpoena, said, “We’ve been repeatedly told by U.S. officials that all questions of Saudi involvement were resolved by the 9/11 Commission and now you have confirmation that there was an active investigation happening years after the 9/11 Commission shut its doors” in August 2004.

The report, emblazoned with a logo that depicts the Twin Towers inside a pentagon against a backdrop of an American flag, is mentioned only in a footnote in the Meese Commission’s March 2015 final report. It is so sensitive that even its title is classified “in the interest of national defense or foreign policy.”

“[Redacted] is an investigation into individuals known to have provided substantial assistance to 9/11 hijackers Nawaf al-Hazmi and Khalid al-Mihdhar during their time in California, ”the report says. It goes on to list three “main subjects” of the probe, including Fahad al-Thumairy and Omar alBayoumi. The third name was censored for national security reasons, but appears to be someone who was highly placed.

Thumairy, a Saudi diplomat, was an imam at Los Angeles ’King Fahd Mosque when the two future hijackers first arrived in the U.S. in January 2000.The report says Thumairy “immediately assigned an individual to take care of them during their time in Los Angeles.” Bayoumi, a suspected Saudi agent who befriended Hazmi and Mihdhar in Southern California, was also tasked with assisting the hijackers, the report says.

Those assertions are of particular interest in the New York litigation. In addition to the 2012 report, the subpoena demands “any and all records referring or relating to the person(s) “who tasked al-Thumairy and al-Bayoumi with assisting the hijackers.”

Who tasked Saudis to assist hijackers?

The identity of the person who tasked the pair was a central issue at Thursday’s hearing, where lawyers for Saudi Arabia argued for limiting the scope and duration of fact-finding. Attorney Carter told U.S. Magistrate Judge Sarah Netburn that the plaintiffs need the FBI to release the name to allow for a search for related facts.

The subpoena also demands all records “referring or relating” to anyone mentioned in the 2012 report as“subjects”of the investigation.

Many outstanding questions about the 9/11 plot remain, particularly in Florida where many of the 19 hijackers spent substantial time and FBI agents in Sarasota investigated their apparent ties to local
Saudis who fled the country shortly before the attacks. In fact, an April 2002 FBI memo released to Florida Bulldog states that those local Saudis had “many connections” to “individuals associated with the terrorist attacks on 9/11/2001” and asked that a more urgent investigation be opened.

In Florida, Florida Bulldog’s FOIA case seeking access to Meese Commission records is pending before the 11th Circuit Court of Appeals. The FBI wants the case dismissed and some
records ordered to be produced by a Miami district court judge kept under wraps. The case is fully briefed and the court will either decide the case or set a date to hear oral arguments. “They should give us notice very soon,” said the Bulldog’s Miami attorney, Thomas Julin.

A second FOIA case filed by the Bulldog six years ago also appears to be ripe for decision. That case seeks the FBI’s records about its Sarasota investigation – a probe the FBI kept hidden for a
decade and later said went nowhere. The FBI has produced more than 80,000 pages of classified 9/11 records for Fort Lauderdale U.S. District Judge William J. Zloch’s private inspection.

The FBI also seeks to have that case tossed out of court. The Bulldog opposes. “At the heart of the case we’re saying there are inconsistencies between the FBI’s internal documents and their
public statements that have never been explained, which is why the judge should allow discovery to take place,” said Julin.