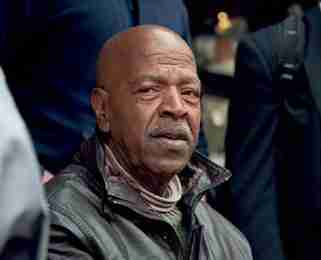 JERUSALEM — In the shadow of the Al-Aqsa Mosque in Jerusalem’s Old City lies the “African Quarter” – home to a little-known community of nearly 50 Arab families of African descent.

Descended from Muslim pilgrims from a variety of African countries, they now consider themselves proud Palestinians, despite widespread poverty and occasional discrimination from both Palestinians and Israelis. Several have even participated in violent attacks against Israel. “We regard ourselves to be Afro-Palestinian,” said community leader Ali Jiddah.

Jiddah, a former member of the radical Popular Front for the Liberation of Palestine, spent 17 years in Israeli prison for taking part in a 1968 bombing that wounded nine Israelis before he was freed in a prisoner swap.

Jiddah, who long ago renounced violence, is now a well-known tour guide in the Old City, offering what he calls an “alternative” perspective on the conflict with Israel.

Afro Palestinians reside in various Palestinian cities, with large communities in Jerusalem, Gaza and the West Bank town of Jericho.

Some are the descendants of slaves or soldiers brought in during Ottoman times. The forefathers of Jerusalem’s African Quarter are mostly Muslim pilgrims from Chad, Sudan, Nigeria and Senegal who settled here or got stuck during periods of war.

“My father came from Chad, from the Salamat tribe,” said Mousa Qous, 55, director of the African Community Society, a grassroots center that serves black Palestinians in Jerusalem.

Mandela, he said his father came to Jerusalem on a religious pilgrimage in 1959 and “then decided to stay to fight in the 1967 war.”

Others came with The Arab Salvation Army, an army of volunteers that fought on the Arab side in the 1948 war surrounding Israel’s creation.

“We are originally Nubians from Aswan,” in southern Egypt, said 30 year-old Hanan Bersi.

Some still have their ancestors’ identification documents, like Ibrahim Firawi, whose grandfather came from Sudan’s western region of Darfur.

“We have documents and letters, and even tried to contact the Sudanese Embassy in Jordan to help connect us with family in Sudan,” he said. Showing off his father’s old passport, he said he has not been able to track down any of his relatives.

Historic Palestine was a crossroads for different cultures, and some Palestinians trace back their roots to a range of non- Arab groups, from Kurds to Indians and Afghans. Afro-Palestinians were denied Jordanian citizenship after the 1967 war, as they were not seen as Palestinians. Israel has treated members of the group like other Palestinians with varying degrees of rights depending on whether they live in east Jerusalem, the West Bank or Gaza.

But even after decades in the region, fitting in has not always been easy. As new- comers, many faced discrimination because of their skin color.

Hawa Balalawi, a shop owner whose father was from Chad.

Most of Jerusalem’s Afro Palestinian residents live in old buildings that were originally built in the 10th century for the city’s poor. Made later into prisons by the Ottomans, the buildings were handed over to the Old City’s Islamic trusteeship during the British Mandate, which rented them to members of the African community because many served as guards or servants at the Al-Aqsa Mosque.

Despite these deep roots to the area, some Palestinians still refer to them with a local derogatory term, “abeed,” Arabic for “slaves,” and to their neighborhood as “habs al-abeed” or the “slaves’ prison.”

“We fought the usage of this term and mentality for many years,” Quos said. “Less people use it now.” But he said racism can still surface, in marriage proposals, for example.

“Sometimes when a black Palestinian wants to marry a white Palestinian woman, some members of her family might object,” he said. “It’s not a phenomenon, and recently, there have been more inter-marriages.”

Jiddah, the tour guide, blamed ignorance for any type of racism among Palestinians, and points out that he has experienced similar racism from Israelis.

“We Afro-Palestinians are dually oppressed, as Palestinians and because of our color the Israelis call us “kushis” – a derogatory word for blacks. Still, he said the involvement of Afro-Palestinians in the struggle for independence has elevated their status in the eyes of their fellow countrymen. “The respect we get from Palestinians is because of our role in the national struggle,” said Jiddah, who sits daily at a café near the Old City’s Damascus Gate sipping Turkish coffee, chain smoking and waving hello to constant passers-by.

“More Catholic than the Pope? We are more Palestinian than Palestinians,” he said.

The first female Palestinian political prisoner was Fatima Bernawi in 1968, of Nigerian ancestry. She was imprisoned for a failed bombing attempt on a cinema in 1967, before being sent into exile. After an interim peace accord in 1993, Bernawi returned to serve as a senior Palestinian police official, and now lives in Jordan.

Qous, the director of the Jerusalem center, spent five years in prison for participating in the first Palestinian intifada, or uprising, in the early 1990s. Like Jiddah, he is a former member of the PFLP who has also put his militant days behind him.

Israel has its own groups of Jews of African ancestry. Jewish communities from Arab countries in north Africa like Tunisia, Libya and Morocco immigrated to the newly established Jewish state in the 1950s, and over the past 30 to 40 years, black Jews from Ethiopia have immigrated to Israel. While Ethiopians have made some inroads, the community still suffers from poverty and discrimination.

Economically, Afro-Palestinians are among the most disenfranchised in the city.

“Many leave school early to support their families and the houses that we live in are very small houses,” Qous explained. A third generation of Afro-Palestinians is now growing up within the walls of the African Quarter, more integrated and confident about their place.

Ahmad Jibril, 17, who fashions a haircut reminiscent of a young Bobby Brown and recently was put under house arrest for taking part in protests, says he has no ambiguity about his national identity. “I am Palestinian, it shouldn’t matter if I’m white or black,” he said.

Next post King Day highlights transition from Obama to Trump