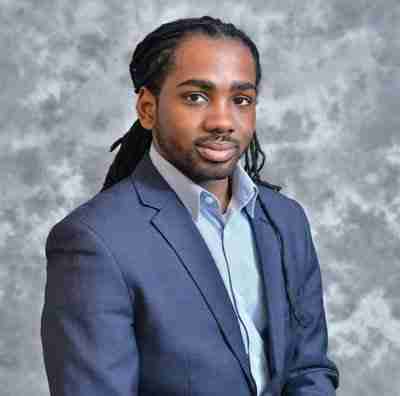 WASHINGTON (AP) – A spiraling controversy over anti-Semitic comments and conspiracy theories has roiled the Washington city government, seemingly getting worse with every public attempt to ease the tensions.

The issue nearly derailed a City Council meeting Tuesday morning and resulted in the resignation of a city official who organized a disastrous “unity rally” that featured a speaker who called all Jews “termites.”

At the heart of the debacle is Trayon White, a council member who ignited a firestorm on March 16 by posting a short video on his Facebook page claiming that an unexpected snowfall was because of “the Rothschilds controlling the climate to create natural disasters.”

Fellow council members and Jewish community leaders accused White of spreading an anti-Semitic conspiracy theory about Jewish control of world events. The Rothschilds, a prominent Jewish family whose banking dynasty dates back to the 18th century, are a frequent target of global conspiracy theories.

White, 33, who like most city officials is a Democrat, said he was unaware the Rothschild theory could be construed as anti-Semitic. The first-term African American council member reached out to try to mend fences, but several of the gestures seem to have made things worse.

He attended a Passover Seder and met with Jewish community leaders for breakfast over bagels and lox. He went on a guided tour of the U.S. Holocaust Memorial Museum but abruptly left halfway through without explanation.

Then video surfaced from a February meeting of top city officials that showed White floating a similar conspiracy during an innocuous presentation about the University of the District of Columbia. White posed a question centered on the claim that the Rothschilds controlled both the World Bank and the federal government.

The video shows city leaders in the room, including Mayor Muriel Bowser, awkwardly laughing it off and moving on, but the footage further upset Jewish community leaders.

Then a further revelation: White had contributed $500 from a fund meant for his Ward 8 constituents to a Chicago event for Louis Farrakhan, leader of the Nation of Islam.

Farrakhan and the Nation of Islam have a decades-old history of overtly anti-Semitic rhetoric. The Nation of Islam also does significant social and charitable work in black communities and retains some respect among those who don’t share its views.

Last week, supporters of White held a rally organized by a member of the city’s public housing authority board. At the rally, a representative of the Nation of Islam called one of two Jewish D.C. councilmembers a “fake Jew.”

The rally prompted calls for the resignation of Josh Lopez, the mayoral appointee who organized it. White did not attend the rally.

The events came to a head Tuesday morning before the council’s regular session. A pre-session breakfast meeting ran an hour long as council members debated how best to respond to the rally and whether to call for Lopez’s resignation. A local rabbi who was there as an observer shouted that the council members should be ashamed of themselves.

The council members then held an impromptu press conference outside the building where City Council Chairman Phil Mendelson said that “intolerant speech … has no place in our city.”

As the council returned inside and resumed its normal meeting, news broke that Lopez had resigned.

Bowser’s office had called for Lopez to apologize but not resign, but she accepted the resignation and issued a statement calling for unity going forward.

Repeated attempts to contact White for comment were unsuccessful. On Tuesday, White pushed past a reporter who tried to ask him a question.

City officials hope the immediate controversy will die down with time, and White doesn’t face re-election for another two years. The council member may still face some sort of public censure if his contribution to Farrakhan is judged as a minor campaign finance violation. But the public and personal scars from the past few weeks could linger.

“Yes, it got personal,” said Councilmember Jack Evans. “I hope that relationships can be repaired, and they will be, and we will move on.”

There’s also the issue of White’s relationship with the local Jewish community.

“I sincerely think he was just repeating conspiracy theories he had heard somewhere,” said Rabbi Batya Glazer, who had met with White on the issue. “It does mean he has an obligation to clarify what his position is.”

The controversy has also poked at some long-dormant societal sore spots. The Rothschild conspiracy theory has persisted for decades on the fringes of both black and white culture in America.

“Conspiracy theories are very dangerous … because they exacerbate splits that already exist,” said Andre Perry, who studies race and urban policy for the Brookings Institution. “This isn’t about one city council member. This is about how susceptible we are to tribalism that is created by a lack of trust in one another.”